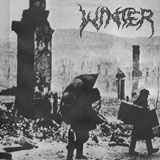 Out of the darkness emerges the most polished re-release of Winter’s ‘Into Darkness’. Pioneers of the slowest kinds of music, they have remained a band mentioned under bated breath. The highly sort of first press of this on Future Shock is a hard candy to find nowadays and will not only break your teeth but your bank account as well. So it was with great pleasure to be given this album to review. More in keeping with a typical Southern Lord release, the tones and intentions of this doom laden band are reflected in so many of the bands that were to follow from the 90s onwards. Extreme music didn’t sound like Winter in the late 80s, it was principally about how fast you could play rather than expanding through portals of possibility the slow grind of Amebix and Antisect.

Firmly gathering the storm cloud of Celtic Frost under their belts, while members of the aforesaid band looked for further ways of interpreting Hanoi Rocks, Winter held firm and went about re-engaging with the Frost when they were still at the top of their game. Gaining the C.F. elixir ‘Servant of the Warsmen’ became a close clone to ‘Dethroned Emperor’. I have always been surprised by the lack of bands that could actually play in a similar style to Tom G. Warrior and crew. Winter were a rare band indeed, and although the song would not test the most average of guitarists the conviction of the playing offers an insight into the pure temerity they must have needed in order to stick to the true way.

‘Goden’ comes in at a slower pace accentuating a deep throat misery from having trawled the caverns of complete human sorrow. “Deafening screams, dreams and knowledge” portrays Goden as an apocalyptic rider of the storm. The anarcho punk style keyboards works a treat for this track and lends to the atmosphere the band were trying to generate at the time.

‘Power and Might’: Caustic slowness burns the hands of the acolyte who enters of the temple of Winter. Upon the cross, the slow dirt ridden distortion of sins remembered courses through your veins making you comprehend the Destiny. For when this kicks in, you begin to understand the massive significance of this band. Would Coffins even exist without Winter? ..Maybe but they wouldn’t sound like they do, this is a lesson in how to play slow d-beat power. The fall of silence as darkness descends on a nuclear winter seems even more relevant now than back then.

‘Eternal Frost’: Bending those strings so they almost break give this track such an air of unholy decay. Hellhammer influences break into the open as Winter give you what could have been an outtake from Apocalyptic Raids. Sounding a lot more satanic, the spaced out section in particular with the slow strung out singing gives this a ghostly presence that will haunt you as you gaze at the fallen one.

So we come to the end of our journey with the 7th track ‘Into Darkness’. Chugging this song moves exponentially towards the horrors of human extremity. As with so many releases not absolutely convinced their last and of course title track is the best song on this album.

For anyone who actually does love early Celtic Frost, or the whole of the Hellhammer back catalogue, you should take note and get yourself a copy of this album. I for one thoroughly enjoyed the grimness buried within this recording. The production does indeed date this record back to the 80s, but I would love to hear this band going through a Thorrs Hammer backline. We would all once again look forward to our Winter rather than continuously searching for the warming of the sun. You should therefore with this cold frost, driven with snow, deep freeze a copy into your hands before the thaw sets in. 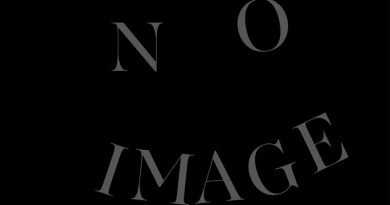