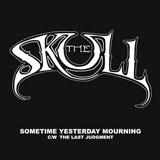 The Skull‘s Eric Wagner and Jeff “Oly” Olson know it’s all about new beginnings. And for those unfamiliar with Wagner (vocals) and Olson (drums) as the earliest ‘iron fist’ behind monolithic doom purveyors Trouble, you’re in need of immediate remediation. The history books start and end with 1984’s ‘Psalm 9’, easily one of the most influential doom metal albums of the past 30 years and considered (by me) the definitive statement in good to honest kick ass, crushing metal. Despite Trouble’s rotating cast of musicians, its stellar reputation is arguably linked to Wagner and Olson; whether it’s 1985’s highly acclaimed ‘The Skull’ or 2007’s ‘Simple Mind Condition’, the back catalogue is dense and their names are all over it. So when the duo teamed up with fellow heavyweights Ron Holzner (bass), Lothar Keller (guitar) and Matt Goldsboro (guitar, formerly of Pentagram) to form The Skull, everyone and their mama knew that the shit was about to get serious. And with their latest 2 song EP, ‘Sometime Yesterday Mourning/Last Judgment’, the plan of the day is confirmed: Asses will be kicked and names will be taken.

There’s a no frills, short on pretense approach to opener ‘Sometime Yesterday Mourning’; the initial chug begs for a head nod, and the rhythm section commands it. Billy Anderson takes production credits, which adds some extra muscle to the track’s mid-tempo gut punch. Wagner’s (not surprisingly) at the top of his game, with a charismatic croon that sounds just as fresh as it did 30 years ago. To cut through the bullshit, the band’s in top form, with a confidence and swagger that clearly says: “we’ve rocked before, and we fucking rock now, period”. To put the song in context, it’s the first the band completed as a unit, and marks a distinct ‘rebirth‘; but as Wagner states, “you have to go through your past to get to your future“, the band honors its roots while establishing its own identity.

They revisit some old-school Trouble territory with ‘The Last Judgment’; those of you who remember the 1983 ‘Metal Massacre IV’ compilation album will recognize the title. Ironically, this ‘revisiting‘ is where The Skull really hits its stride. Olson’s chops are at the forefront as the quintet takes you through a doom riffing labyrinth where no time signature or tempo change is left undone. Saint Vitus and early The Obsessed come to mind, but the main driving riff is particularly reminiscent of Wino’s licks on Spirit Caravan’s ‘Elusive Truth’. It’s all semantics at this point anyway because I think you get the idea: it’s fucking badass. At about the 3-minute mark, they switch it up yet again and break into a nice Cathedral-esque blues gallop just to put that check in the box.

Although some will still view The Skull as the next evolution of classic Trouble, anything more than lazy listening will show that there’s way more to this story than a rehash and reunion. These are seasoned musicians with a ‘ go for the throat ‘ attitude and vitality that trumps counterparts half their age. My advice to y’all: sit back, ease your sacks, and get ready for one hell of a debut album. Highly Recommended. 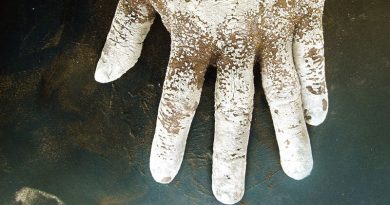