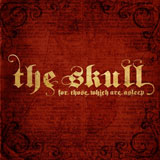 The Skull broke on the scene a few months back with a two track appetizer (Sometime Yesterday Mourning/Last Judgment EP – review here) that threatened to simultaneously crush nut sacks, bash heads and flat out decimate the listening public, flaunting and commanding the kind of old school doom that can’t be taught – only felt and belted. And just to make sure we’re all on the same page – all you heavy rock loyalists who pledge your allegiance, priding yourselves on knowing the trivia – when generic doom band “X” notes the band Trouble as a major influence, core (The Skull) members Eric Wagner (vocals), Jeff “Oly” Olson (drums) and Ron Holzner (bass) were fundamental in shaping that band’s legacy. Now you can only imagine what happens when you throw in a little Lothar Keller and Matt Goldsboro (guitars, formerly of Sacred Dawn and Pentagram respectively) – the mix gets sweeter and the rock a lot heavier. Underground rumblings of ‘supergroup’ are inevitable, but these down to earth gentlemen take labels and praise with a grain of the finest salt, choosing to unassumingly riff their way to freedom, relying on decades of musical experience, fueled by a lot of beer and even more brotherhood – it’s about a band of dudes who’ve been around and aren’t afraid to roll their sleeves, plug the fuck in, and get dirty in the thickets…and on The Skull’s debut full length For Those Which Are Asleep, they do just that with 10 badass tracks of grit, rock and doom. So for those still wading in the kiddy pool, it’s time to step into the deep end for some good ole fashioned swamp water torture.

Opener Trapped Inside My Mind calibrates the heaviness and pretty much breaks the scale; the band takes the first minute or so to orient you to the ass kicking that’s about to occur – it’s a slow, ominous dirge that pummels at the very least. Trouble aficionados who know the trademark ‘Wagner-isms’ will feel right at home once the crooning, blues and shuffle kick in as the bulk appeal of the song. Those of you new to the party should take the time to familiarize yourselves with some of the later Trouble albums like 1995’s Plastic Green Head or 2007’s Simple Mind Condition – Wagner’s voice and presence are unmistakable, not to mention the seamless dynamics of the Olson/Holzner rhythm section. It’s a double edged sword, however, because The Skull can at times feel like classic Trouble (re) incarnate, which, if it were actually true, would be in itself cause for celebration; but even though the surface sheen is familiar (making it more difficult to say that a truly new musical path is forged), the bite these boys are bringing is from another beast altogether. Tracks like The Touch Of Reality and the sultry grunge rocking Send Judas Down tear in with the kind of dense teeth that hook your neck into a permanent banging groove – on the former, the band slinks and shifts, downing the tune and tempo with nods to Wino’s Someday Soon (The Hidden Hand); easily ‘out Chandlering’ Dave Chandler (Saint Vitus), this track rips in songwriting, crushes in execution and could be the album’s finest hour if it weren’t for the other 9 stellar cuts.

And let’s not underestimate the difficulty in actually crafting a great collection of songs – too many times bands fail to maintain appropriate momentum, falling short because of either a lack of ideas or poor execution; The Skull, however, straddles these pitfalls, intelligently navigating the minefield with fresh ideas and different takes on classically cool doom rock. But it’s not just about flexing muscle and setting precedents with laid back “cock-rock flare” (check out A New Generation for a taste of that tried, true, and awesomely played recipe) – Wagner and Co. have a message to send, and as songs like the somber Sick Of It All and the listless piano/rock dirge The Door show an increasingly complex side of the band (both musically and lyrically), the often conflicted emotions – about life, love, and death (that come with age and experience) – are pushed to the forefront. When you pair this dimension with baseline technical chops, and a damn good ear for what a damn good rock song is supposed to sound like – well, you’ve got one hell of a lethal cocktail…and these boys are serving up an endless round of hard hitting, high quality jams. Case in point, the final minutes of Sick Of It All erupt from a haze of looming malaise and introspection into a shit hot improv rock out clinic; Olson continues his up tempo battery and flurry of crashing fills, spot on in their slight disjointedness, the Keller/Goldsboro axe assault taking turns with a free form bass noodle led by no other than the mighty Holzner – it’s a pretty sweet session and another statement by the band: “We’ve got an arsenal at our disposal and we’ll wield the fuck out of it when we please”…yes indeed.

Any of you who’ve been following the band on social media know they’ve been causing quite a stir in the underground – touring, promoting, and kicking up the buzz; one of the album’s cuts, Till The Sun Turns Black, has slipped its way into cyberspace as a preambling warm up to the album’s Nov. 4th release date – and it’s a 12” juicy slab of what’s on the band’s menu; straight up, down home blues, guitar tone thick as grandma’s honey – the band rocks and grooves with some nasty Keller/Goldsboro solo breaks. It’s the kind of song that begs for live action, but the real crowd pleaser is sure to be the title track as it’s the true culmination of the band’s efforts on this outing and arguably the album’s climax. An acoustic intro quietly builds momentum and sets the tone – Wagner croons the first few lines before the chorus break; the strength of this song is linked to the strength of the main chorus riff and paired vocal and indeed the band uses it as the centerpiece, returning to it, repeating it and tweaking variations of it. Wagner sings over a crushing dirge, “…Don’t you think that I won’t weep…for those which are asleep…” It’s a risk, no doubt, but the group knows when its bread has the right butter…and this track kills. But that’s not to take anything away from album closers, Sometime Yesterday Mourning and The Last Judgment (featured on the previous EP) – those songs are an appropriate cap off for the record, showing the arc of past, present, and future (the former being the first new song the band recorded as a unit and the latter a cover of one of Trouble’s earliest tracks). While not the pivotal climax for the debut, it works.

On the strength of their acclaimed history as bandmates, musicians, and all around cool dudes, I was eagerly awaiting this release. There have been a plethora of great albums put out this year and this one is no doubt a competitor for top props – aspiring heavy rock/doom bands (and there are probably too many of them) need to take note because this is how it’s done. No doubt, all is right with the world when age, experience, hard work, and modesty actually pay off – as Wagner stated, “You have to go through your past to get to your future”, it looks like The Skull are well on their way to a fruitful one. And for those of you too asleep to notice, I doubt they’ll be weeping. 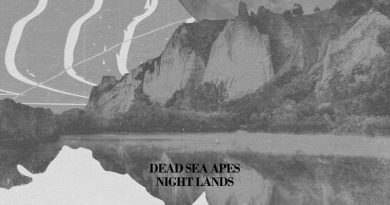 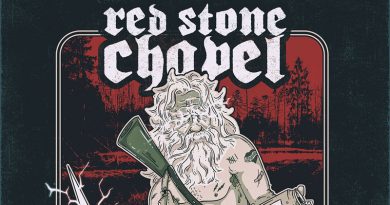