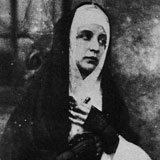 Portland based sludgers The Body are certainly no strangers to mixing it up with other bands; in fact last year alone they went toe to toe with Haxan Cloak and Sandworm on split EPs before working with Louisiana’s own grimy purveyors of sloth like, down tuned hardcore Thou.

Both bands have produced relentless amounts of music individually in the form of full length albums, but have also leaned heavily towards working with others to expand their ideas. However, unlike the standard the division of complimentary tracks, when the Oregon dwelling duo of Chip King (vocals and guitar) and drummer Lee Buford got together with the progressive minded five piece from Baton Rouge, last years Released From Love EP was actually a full blown collaboration between two bands who share a misanthropic glee at creating twisted and undeniably heavy music, that is helped by the common bond of their Southern US roots.

If last years four track was an eye opening, limited release, white knuckle ride in terms of concept and sonic expansion, then round two, the full length You, Who I Have Always Hated, sees the bands draw closer and more in tune with each other as writing sessions were agonised over and then songs refined on tour together before entering the studio to try and capture this mind meld.

Released as on limited six track 12″ vinyl through Thrill Jockey, You, Whom I Have Always Hated is also available as a ten track CD or digital download which includes for those who weren’t quick off the mark, the 2014 EP with it’s cover of folk curio Vic Chestnuts Cowardand three terrifying originals which here set the scene to prepare the listener for the unrelenting despair and pummelling soundtrack to come.

What is unique about this whole project is the way the bands combine to great effect; whilst The Body are minimal in number and as a result have a stripped back and stark approach, Thou are more dynamic and versatile, but as a seven piece, they add flourishes and bounce creative ideas off each other to add (not so) subtle nuances to each others grim sounds to create a grinding, slow crawling atmosphere full of fuzz as Bryan Funck (Thou) delivers a deep bull roar and Chip King shrieks like a a banshee in the background.

Of the EP, the cover of Coward is a shining example of how to deliver a truly different take on a piece of source material. Stark, cutting guitar melody is tortured and laced with slow, sparse drumming and the contrasting vocal styles are as emotive as they are varied.

At its high points You, Whom I Have Always Hated recalls classic sludge like fellow Southerners EyeHateGod with its evil, spiteful cacophony that mixes doom with a hardcore flavour and sinister guitar tones that cranks the intensity with every ringing note and vomited scream.

Despite the EP and the album having different producers (firstly James Witten and then Seth Manchester and Keith Souza), the common theme is of an industrial influence. At times this is no more than an underlying mechanic clank to the proceedings and others, it is a direct nod to the dark rage and feedback frustration played out by Trent Reznor on The Downward Spiral. The obvious example of this is the cover of Nine Inch Nails Terrible Lie which sees the beat crushed into submission whilst harsh squealing guitars and vocals mangle what was almost a heavy Depeche Mode. Here it is a snarling nightmare with a militaristic march that twists the source material into uncomfortable noise. It is undeniably a Marmite piece of music that fans will love or hate frankly.

One thing that is apparent on this collaboration is how much thought the two band shave put into making sure everyone is heard and each sound is added to, or complimented by, the rest of the ensemble whether it is the two drummers playing off each other on Beyond The Realms Of Dream… or the simple creation of pockets of quiet as the guitars build atmosphere. If this was one band you would probably be impressed, the fact that it is two who have their own distinct sounds and ideas makes this even more impressive.

But, and there is a but, You, Whom I Have Always Hated is relentless. Raw, unapologetic and unforgiving this is a ride that is an example of sludge at it’s filthiest and down right visceral. There are times when the short moments of melody and unsettling note bends are a welcome sound because apart from those, the bands simply do not take their collective foot off the pedal and whether you are listening to the six or ten track versions, this is a sonic beat down that sounds like it wrings the energy from the performers yet alone those caught in the blast.

The sheer force and twisted nature of the album means that you could be forgiven for finding it a bit of a one trick pony at times (even though it is not) but when it makes EyeHateGod last album seem accessible in comparison then it is a listening experience where you probably need to be prepared for when getting yourself into it.

That said, it is something unique and to be honest you would not think by listening to it that it wasn’t anything but the work of an artist who had honed their song writing skills over time, with experience and a shared vision. That it was produced so quickly on the back of a previous effort shows that this is something The Body and Thou clearly believe in as they gather acclaim for not only their own works, but surely this now too.