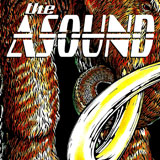 The best thing about writing for The Sleeping Shaman is I get to hear music by bands I’d never heard of before. So far, I’ve enjoyed these new discoveries immensely, and I look forward to more. To The Asound, whose self-titled record is another addition to my ‘who the fuck are they?’ collection.

The opening track, cunningly titled ‘Intro’, is a pretty solid instrumental, underpinned by a virtuoso drumming performance that reminded me of Brann Dailor from Mastodon. This leads into the first song proper, ‘In The Sins’, a jerking atonal beast of a track. It’s like The Dillinger Escape Plan playing Kyuss songs while stoned off their ass. It’s a lot more chilled out than that sounds, and it’s also unlike anything I’ve ever heard. It’s a fuzzed out jazz/desert rock jam with added doom and spiralling solos that flit between space and time. I like where this is going…

‘The Baron’ has appeared on a previous split, and it has a killer doom riff to open. This is a relentless slow march into oblivion, some monolithic creature dragging you to your end, with a strangely hypnotic vocal performance. Other than the appearance of yet another psychedelic solo, the riff barely changes throughout.

‘Sparrow’ is faster paced, with a rolling Mastodon feel, but much more juddering and loose. There is very much a feeling of spontaneity about The Asound; you feel like their songs could be going anywhere. The drumming performance is once again stunning, and really stands out as the lynchpin for the whole outfit. ‘Joan’ is a powerhouse rocker, a song that could comfortably sit on a High on Fire record without being out of place, and is the catchiest, almost poppiest song here. Yet, it could never be described as commercial. The riffs are still too heavy and disjointed in places. Really, it captures the idea of rock being dangerous, different and yet the same.

The record continues with the grinding NOLA sludge doom of ‘Liver Puffin’, the psychedelic instrumental hellfire of ‘Tater Hole Blues’ and the 70s doom rock croon of ‘Slight Of Hand’ until we reach the galloping doom crescendo that is ‘Slave To The Saints’. It’s the offspring of Mastodon and Kyuss, meshing the power of the former with the laidback groove of the latter. Chad Wyrick summons the power of John Garcia and Brent Hinds for his vocals on this track.

The Asound are as close to a unique entity in stoner doom as you can find these days. This is much more important than anyone realises, much more. A fresh voice can revolutionise, can break down barriers, can confound expectations. The Asound have certainly done that, and you would ALL be wise to find this record while you can. 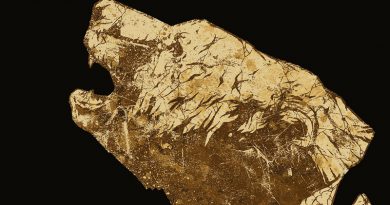