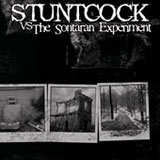 This release is a collaborative split between two of Paul Catten’s (Lazarus Blackstar/Medulla Nocte) latest projects and the first in a new series of output from Future Noise Recordings.

Unlistenable to some, pleasurable to others, Stuntcock deal in noise. I rarely listen to this genre and on the first listen was bound to the sonic turbulence via earplugs, so there was no respite as it filtered directly into by brain. The songs are not easy on the mind and around the fourth track ‘Another 1000 Ways To Say I HATE YOU’, my ears began to heave and would’ve vomited ear wax everywhere if it weren’t for the song ending.

Listening to the tracks in detail enabled me to hear the individual layers working together and it’s clear that careful thought has been put into each arrangement. The tracks flow through a charred, fragmented psyche and the type of sounds used often gives the noise a sterile, Sci-Fi-esque atmosphere, especially in the early phases. ‘It Still Makes Me Laugh To Think Of You Choking On Your Own Vomit’ is insidiously creepy and actually caused the synthesizer to get itself sectioned after the recording, whilst ‘Who The Fuck is Paul Catten Anyway….?’ contains a, sorrowful piano melody that slightly eases the pain of what has previously occurred.

Stuntcock then shifts into The Sontaran Experiment, the first few minutes see the ‘The Subconscious Memory’ being gestated in a baptism of feedback. Finally the initial riff kicks in like some hellish version of Sleep’s ‘Dopesmoker’ where people inhale grief instead of weed. The track progresses seamlessly, ascending to great heights before crashing down again in a crush of riffage and Catten’s vocals. TSE deliver an original track comprised of noise underpinned doom that spans many musical realms in just under twenty minutes.

This is an experimental, boundary pushing release which should be checked out…if you think you can handle it. 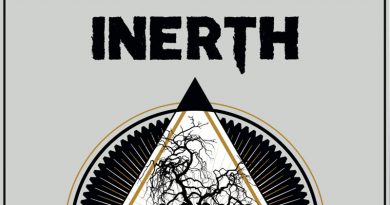