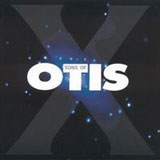 Toronto’s Sons Of Otis return with their latest slab of Acid Drenched Doom, simply entitled ‘X’. This is the first full length studio recording in over 3 years since their 2001 opus ‘Songs Of Worship’ and in an ironic twist, this album very nearly never saw the light of day. At the time of recording, Son’s… were without any label support but went into the studio anyway and recorded these tracks off their own backs, but with guru sound engineer Billy Anderson at the desk and Small Stone Records having the balls to actually release it, ‘X’s future was firmly set in stone.

In eager anticipation I pressed play and the CD (just and so!) kicked into life and with it I was greeted with a spacey Hawkwindesque intro to the opening track ‘Way I Feel’ and it isn’t long before your hit with that distinctive Sons Of Otis wall of sound. With it’s monstrously heavy guitar riffs coupled with bluesy psychedelic guitar leads that just ooze distortion, delay and every other effect they could (probably) lay their hands on, you can’t help but have a little knowing smile to yourself. Ken’s vocals soon kick in and are once again delivered with that laid back approach while constantly being drenched in effects giving them a somewhat spacey and an almost ‘in orbit’ feel. Add to that cymbal heavy percussion, thick slabs of low end bass & 7 tracks weighing in at just under 56 minutes, all the ingredients are there for one seriously heavy release!

The CD continues with the 2nd track ‘Relapse’ beginning life, lost, in the dreamy realms of eastern promise before hitting you once again like a force 10 gale with their crushingly heavy, acid drenched sound. I will be honest and say ‘X’ doesn’t offer us anything amazingly new compared to their previous releases, but don’t let that put you off as Sons… really have created their very own unique sound. Just check out the 14 minute bong fuelled ‘Liquid Jam’ which draws the disc to a close and not forgetting the tripped out ‘n’ bluesy cover version of Steppenwolf’s ‘The Punisher’ (previously available as a slightly different version on a 10″ picture disc), which if you read the lyrics (just do a search in Google) pretty much sums this band up.

Overall, I really enjoyed this album, OK, it may not be their finest or even greatest release to date as to be fair it offers nothing new, but on the flip side they show absolutely no hint what so ever at becoming mainstream or just another ‘Stoner’ band and continue to walk alone, churning out their unique sounds of cosmic drones that only Sons Of Otis know how to.