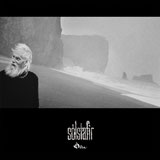 What is it about Iceland that it manages to churn out such consistent quality artists? Sidestepping the near-obligatory “something in the water” joke, it is astonishing that a country of only 300,000 people has produced so many prolific artists, and is continuing that trend with a whole range of new artists that are innovating in nearly every genre. While Sólstafir may not fall into this latter category (they have been going since 1995), they are clearly hoping to break new ground with this latest release and join their nation’s musical pantheon.

As one would expect from a country that prides itself on thinking differently, there is an unconventional streak that runs deep throughout this record. Self-described as “Icelandic Heathen Metal”, Sólstafir have drawn upon a large range of influences and sounds to create an album that simultaneously feels comfortably familiar and brand new at the same time. Elements of traditional music mix with ambient post-rock and alternative-indie folk, all wrapped up with a hard rock edge.

However, don’t be fooled by the description: this is not a particularly heavy album at all. In fact, calling it metal is perhaps a little disingenuous. There are plenty of hooks and riffs to sink your teeth into – the outro riff on Nón in particular is heavily reminiscent of Led Zeppelin and Cream – but the overall tone of the record is that of melancholic hard rock. This is by no means a slight, but those looking for a bleak black metal album or something similar will be disappointed; this is slow, melodic work that strikes a completely different tone, and is all the better for it.

That tone is made all the more distinctive by the band’s use of unusual instruments, at least within this genre. In particular, the album is very piano driven, as the melody is often struck up by keys before the other instruments fall into place. Also, on the titular track Ótta is the inclusion of a lead riff on the banjo that lends it a heavily bluegrass-inspired feel. As strange as this may seem on a work of this kind, the band blend these influences with rare skill, and nothing ever feels out of place. Fuse this with the kind of post-rock ambient guitar riffs that would leave Sigur Rós feeling jealous, and you certainly have a recipe for something interesting.

Further standout tracks come in the form of Miðdegi – perhaps the heaviest track on the record – and Dagmál, which despite having a bit of a pop-ballad character to it works its way into the back of your head and demands repeated listens. In short, it’s just damn catchy, which I think is starting to become something of a holy grail in these parts. Amongst the meandering drones and incomprehensible structures of many of the bands at the forefront of metal right now, getting into a less cerebral track that appeals to your baser senses of musicality can be a real breath of fresh air.

Of course, unless you speak Icelandic (and I’m willing to bet that you don’t) the lyrics will be completely incomprehensible to you. But the language lends a certain ethereal beauty to the music in-and-of-itself. Upon listening to Aðalbjörn Tryggvason’s vocals it’s not hard to see why the Viking poem sagas have stood the test of time. The natural poetic character of the language permeates everything, its musical quality as evident as its pagan roots. It is as much a part of the music as any instrument, and lends it a character that you won’t find anywhere else.

In summary, Ótta signifies a strong step forward for a band that has not been afraid to evolve over their 19 year career. It’s a stylistic melting pot, bringing forth new ideas and a few old ones that you might not have heard in this context before. If you’re looking for something a little different this month, then this is a record worth listening to. 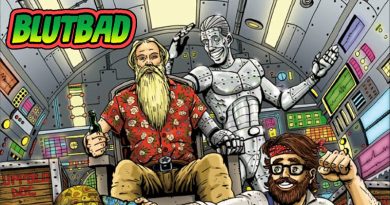