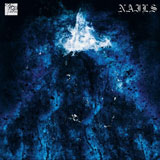 When I saw this one up for grabs I went for it quick. ‘Unsilent Death’ by Nails is one of the best hardcore albums I’ve heard since ‘Scum’. No shit. It smashes your face in and you love it for its breathtakingly beautiful brutality.

San Francisco’s Skin Like Iron kick off the first side with two blitzing numbers that showcase their muscular and solid sound to the max. The first track (‘Disappear’) charges like a bull. Big crunchy and bouncy chord changes that are as melodic as they are savage and furious hoarse screams from an impassioned frontman meld together to constitute a ballsy signature sound. It’s no good comparing their sound to others, because this is hardcore and it works because it hits hard and doesn’t worry about being original. Second track ‘The Parade’ rips along at an equally ferocious pace, with a concluding section that allows the drummer a breather and the bassist chance to strum a few melodic notes. Tasty.

Now onto Nails. Pure fucking power. No offence to Skin Like Iron but Nails are my clear favourites here. These three Oxnard residents sound as pissed off as a thousand politicised teenagers. Think insanely good drumming, bludgeoning bass playing, white hot power chord thrashing and in your face vocals that get it just right. Then think a deft and skilful construction of each track that equates to sheer fucking genius perfection.

Throughout the duration of their first track (‘Annihilation’) Nails maintain their signature break neck speed and utterly pulverising brutality, and with a nice metallic chugging section to boot. Second track ‘Cry Wolf’ is the kind of 20-odd second explosion of anguished belligerence that Nails do so bloody well. These two rip-snorters are a real teaser for all those who are eagerly awaiting their second album this year, and I’m one of those people.

It’s exciting to know that some 25 or so years on from watching bands like Napalm Death, Concrete Sox and Heresy ignite the mosh pit at little pub venues in Nottingham and Derby, there are damn fine bands like Nails elevating this art form to it’s most gorgeous conclusion.