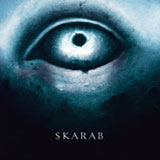 Does anyone else remember the days when you could always rely on certain record labels to consistently release music that you just knew you would like, simply based on the past quality of said label’s releases? Whilst it seems as though this is a scarce phenomenon these days, there are still some bastions of dependable quality out there and Germany’s Zeitgeister Music is very much such a label.

Revolving around the axis of guitarist/vocalist Christian Kolf (Valborg, Woburn House, Gruenewald, Owl and Island) and guitarist Tim Steffens (Klabautamann), aided and abetted by a revolving crew of cohorts – most notably drummer Florian Toyka – Zeitgeister has been releasing a steady stream of highly individualistic recordings since 2003, running the stylistic gamut from the crawling, discordant, avant-death metal of Valborg, to the heavily progressive doom of Woburn House, via the German-speaking hip-hop of Angry Teng and the frankly indescribable Slon, but always erring toward progressive tendencies, no matter in what form.

Skarab brings Steffens together with Kolf, solely on vocal duties here, along with bassist Gabor Schary and drummer Richard Nagel to make angular, avant-garde, often languid, darkly metallic music of a slightly different stripe than that which has come before. Perhaps more tightly focused and adhering to traditional song-structures than past Zeitgeister releases, Skarab sit amidst the other releases in much the same way that, say, Ved Buens Ende sat amidst the Norwegian Black Metal scene – that is to say, uncomfortably and conspicuously.

Song structures may be more ‘traditional’, more roundly based upon recognisable repeating parts – verse, chorus, verse – but the angularity and darkly languid feel of the parts themselves adds up to an oddity even amongst oddities.

Knowing exactly where to place Skarab is a tricky business as loose comparisons can be made to a number of quite disparate bands and artists as the album unveils itself across time – Ved Buens Ende’s darkly fractured and weirdly gothic approach to ‘metal’ would be a starting point – as would their most recent incarnation as Virus – but then mention must also be made of the languid dreamlike spikiness and odd lurching angles of Pony Express Record -era Shudder To Think, the odder end of the Washington DC Discord scene -albeit filtered through a distinctly gothic lens – the warped eastern modalities wrung from post-punk by Killing Joke and even The Doors, as vocally evoked during moments such as ‘Sunset’ by Kolf’s dark croon – which is just as likely to also resemble Ulver’s Kris ‘Garm’ Rygg, The Young Gods Franz Treichler and even the moody tones of Him’s Ville Valo at different times throughout the recording.

With ten tracks all cut from a vaguely similar cloth as far as overall sound and quality goes, singling out individual standouts seems almost unfair, but if one were pushed ‘Stone Torches’ and the particularly dark, icily spiky closing track ‘Unarmed Sailor’ would most likely leap to the fore.

Dramatic, awkward, powerful and progressive, Skarab have crafted a highly individual, immersive and quite possibly divisive recording that one suspects will be either loved or hated. . Either way, chalk another victory up to Zeitgeister for admirable consistency. 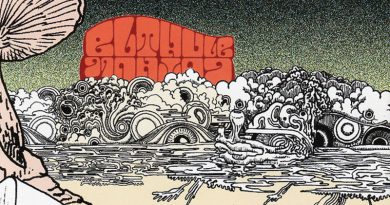