It sometimes does a band a disservice to talk about the other projects/bands that its members are involved in but, when the chance to review a band featuring past and present members of Sacramento noise merchants Will Haven who are one of the best cult bands I have ever known and genre defying singer/songwriter Chelsea Wolfe, who can say no?

So enter Horseneck, ably crewed from the Will Haven side by guitarists Anthony Paganelli and Lance Jackman, while representing Chelsea Wolfe are drummer Jess Gowrie, and bassist Lennon Hudson. With Fever Dream they follow up their 2017 self-released album Heavy Trip by delivering a second helping off their powerful blend of Sludge, Stoner, Hardcore and Noise Rock.

For the uninitiated, they walk a path that is more about driving riffs and huge walls of sound that has more melody than the offshoot of their day jobs than one might suspect; but their first album still caught a few people by surprise with the sheer deftness of ability to switch between the heady sludge of more traditional Post Hardcore Noise and catchy stoner vibes that might sit conformably on an early QOTSA album.

Interestingly for the completest out there, this album shares a kinship with previous Will Haven spin off band Ghostride and their only album proper, 2004’s Cobra Sunrise, although ironically features none of the members found here…

A year in the making, their sophomore effort sees the band up the stakes on their song writing and take their sound further in all directions. More experimental, harder riffing, more melody and a darker heart, Fever Dream bristles with an intense anxiety at the state of the modern world and collides new instrumental flavourings and influences into the mix, making a record that sounds fresh and unique in a field that can often be oversaturated.

This is no more evident than on opening track Barbara Streisand which strides in on a heroic riff that is almost up tempo classic rock, Power Trip era Monster Magnet or if The Doors had grown up on a diet of punk rock. It drips with lurching time changes, Hammond organ and features a cameo from none other than RnB legend Gary U.S Bonds. This single track sums up the diverse nature of Horseneck, defying you not to bang your head with a big grin as you race across the desert on the best road trip you’ve never taken.

Right until single Pen15 (yeah right?) seduces you with more of the same style opening then switches up into battering sludge noise that recalls the Melvins influence of their debut. The raw half of the vocal duo of Paganelli and Jackman get in your face in a manner that reminds me of Tim William’s post Vision Of Disorder work in Bloodsimple.

This single track [Barbara Streisand] sums up the diverse nature of Horseneck, defying you not to bang your head with a big grin as you race across the desert on the best road trip you’ve never taken…

To suggest these two tracks cement the tone for the album is doing the rest of Fever Dream a disservice but they do set out the stall for what is coming. Happily Ever Lafter walks the same tight rope between full throated roar over pummelling Sludge and glorious melody whereas Porcelain Ass eschews the subtlety and beats you over the head with a cacophony of smashing drums, grinding bass and screams that are topped off by horns, before heading off into pure seventies driven fuzz laden psychedelia.

Red Curtain sees the band get even slower, dirtier and heavier but this time they bring in the help of another guest vocalist in the shape of Jules Bee from Sea Of Bees. On this track the fellow Saco dweller brings her considerable talent to bare by adding another dimensional layer to what is possibly the heaviest track on the album. The multi-instrumentalist indie artist brings her woozy, Folk influenced sound to eerily compliment the raging sound around her.

This is then followed up by the mellowest track, A Discarded Mess, a muted, semi instrumental piece flavoured with vocals from the bands own Jess Cowrie which lends a sort of nod to the output of Chelsea Wolfe in the middle of the album.

After that the band bring the sledge hammer back with the kind of slamming Hardcore that Bloodlet carved out with their trio of Victory Records releases, as they oscillate off kilter dynamic shifts between light and shade, that almost reels drunkenly between the styles in a rope-a-dope fashion. Fever Dream thankfully is an album that doesn’t let up in quality towards the back end and despite the kitchen sink feel of Jazz arrangements and feedback colliding, there is never a long wait for a huge chunky riff to suck you back in.

Self-produced by Jackman and mixed by Eric Stenman (Far, Will Haven) Horseneck’s second album sounds as good as their first, but with the volume turned way up…somehow. Fever Dream continues their trend to sound fresh and keep the listener on their toes, but in many ways this is an old school sounding album that harks back to a time before every tiny little variant had to be pigeon holed into a limiting niche genre so that music journalists could justify their existence.

Exactly why this is self-released and not on a label is either down to the band’s own desire or a criminal lack of short sightedness. 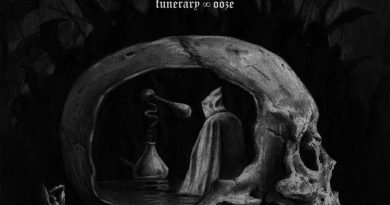