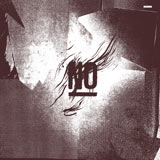 Old Man Gloom must be a labour of love, these four as you probably know, having been or still being fundamental parts of some of the biggest and busiest names in thinking mans’ 21st century metal, from Isis to Converge to Cave In. This is what they choose to do on their time off, so you tend to think maybe this is where you’re going to get a fascinating glimpse at the real souls of these exemplary noise-sculptors.

However in another way each of their releases seem to inhabit places all of their own, as concept-heavy projects which really don’t refer to anything else, and are hermetic worlds you visit, and in which individual egos rarely feature. The band members disappear into the creation, much like actors in Stanley Kubrick movies, really only important as constituent parts of a vast landscape of emotion.  Old Man Gloom’s releases always seems to have a palpable soul pulsating away at their core, drawing all of the songs together no matter how varied the tone of each album, which is why I am more drawn to them than some of their component bands’ work. Even the more ‘stock’ riffing of some of 2004’s Christmas for example has a shuddering (to borrow a key word from the last track of this album), earth-moving quality that is way away from the surgical slicing that perhaps made sections of some of Isis’ more straightforward releases a little cold.

Although they have played live recently, Old Man Gloom still feels like a place of safety, a refuge where the band can experiment, exploring the rarefied sonic debris available at Kurt Ballou’s God City studio in this case, away from the touring round.  This is why it’s bit of a waste to focus on their other bands apart from to give a little real-world preamble to the vast, melancholy scree that awaits you within ‘No’, a pretty indicative title as to the mood of OMG’s new one, although ‘No Fun’ might be more accurate, if you like singalong choruses that is. This is a really, really disconsolate record, throbbing with despair and torment, but at the same time it has a warm, enveloping glow (partly thanks to Ballou’s earthy, scratchy production) which leaves you feeling somewhat conflicted. If you thought these guys were chilling out in their old age, think again, this is not a jam.

After a slight foretaste of the hardship to come, the opening, cosy whirring of machinery in ‘Grand Inversion’ swiftly turns into muffled, queasy moaning from some unknown instrument, and a horribly shrill, dog-worrying feedback, before some thudding church organ allows you to take a breather…until opening song ‘Common Species’ reveals itself, unravelling the entire gamut of emotion, horror and bombastic sonics that you could wish for in this band. A rudimentary strumming guitar is followed by swaggering, tumbling riffs, and Aaron Turner snarling in a more passionate, raw fashion than he has sounded in a while. He sounds more genuinely fucked off, bereft and emotional than I can recently recall, the lyrics speaking of hassles such as ants and other troublesome subterranean dwellers munching on your organs. So metal, yet very earthy.

Just as an aside, where heavy metal used to get earthy, it tended to turn into fuzzed out blues, always with a tendency to bop around a la Black Sabbath, and when it wanted to be really grim, the bass tended to be frozen out by the top end, from Godflesh to Church-bothering Norweigans. However bands like Old Man Gloom have been proving for a while that heavy music doesn’t have to be all industrial and clicky to make you feel bad (in a good way), and bottom end can fittingly denote the bottom emotionally, without descending into drone. The skittering, termite-like sounds at the end of ‘Common Species’ for example sound all man-made, and all made by fingers with dirt under their nails, rather than snazzy loops. This record lives in the earth, in its subject matter, and feels like it’s made of earth.

After that enormous trip of an opener, though, which goes right into the roots of the album right off the bat, you are confronted by three pretty straightforward riffosaurs standing immovable in your path. Track 3 ‘Regain/Rejoin’ is particularly minimalist, just pounding away on a couple of chords like Oneida trapped in a sewage treatment plant, to pretty trancey effect, although a few more minutes would have confirmed that fact. The only issue I have with this band is where track 4 ‘To Carry the Flame’ kicks in, and it might be Caleb Schofield or Nate Newton with the slightly perfunctory hardcore roar, and that fact kinds of nails the problem. It’s just slightly anonymous after what we’ve just been treated to, a little sharp shower after an apocalyptic thunderstorm, tagged onto some so-so, although undeniably satisfying riffery. It makes your head nod, but cannot get under your skin, like ‘Common Species’ truly did. So sadly, the tension drops here, and won’t pick up until after preceding song, ‘The Forking Path’, which is more of the same. In the overall arc of the album, putting in a couple of workaday platoons to get into the enemy (people who think you’re not metal if there aren’t big riffs), after the big gun assault of ‘Common Species’ does have a logic to it, but it feels a bit pat compared to the way the instrumental parts of this album really start to pull away at conventional structure, and hold their own as core, integrated parts rather than incidental sections. In the past, for example, on the amazing Seminar II, OMG did tend to conjur a slightly ‘scrapbook’ style experience, the instrumental songs sometimes nestling uncomfortably alongside the rockers, the mood sometimes feeling disjointed. However on ‘No’ in general they are fully integrated into the experience, and later on, like on the lengthy early section of ‘Shadowed Hand,’ come to represent the most affecting aspects of the album. In fact the end of ‘The Forking Path’ almost seems to cry out to move away from the formula world-class riff action, ending in a My Bloody Valentine style backwards outro which sets the scene for ‘Shadowed Hand.’

Yes, this may be an example of where length really does count (as in this review, apologies, but there’s so much to say!), but this song shows OMG having the patience to really stretch out, with a rumbling undertow, feedback debris and that (I assume) baritone guitar, mumbling a crestfallen, broken riff for several minutes. There is a feeling of creaking at the seams here, in the sound as much as anything else, the guitar pushing at the edges of overloading although it’s only ‘clean.’ Then a grand, melancholy refrain briefly allows a windswept respite, before we are back to the blasted landscape, before some inspired, almost jazzy power-riffing and Turner’s bark lead us to the end. This song grips you and doesn’t let you go for its entire 8 minutes 11 seconds.

The album as a whole, although toying with overloading in a risqué way that Ballou also manages to ride calmly, somehow, with Converge’s blasting opuses, has the feel of a less polite Albini-era Neurosis, in that it’s not heavy in that all of the instruments are individually compressed to fuck and made as techy-sounding as possible, but in that it sounds like one careering organism, flailing away in a subterranean world. A JCB driven by Satan might be stretching the metaphor, but fits the pervading ‘earth’ theme.

Straight after the marvellous ‘Shadowed Hand’ is another lengthy, experimental number, ‘Rats’, another highlight, opening with some unnerving, booming sounds at the start that sound like chanting, but also whales and a giant moving a dinner table around. So much of the ‘ambient’ stuff on this album sound completely unlike any recognisable source, which is why it feels so fresh, and it is moving from the ‘interlude’ role firmly into centre stage. In this case, fractured, rattling sounds, a ghostly vocal echoes fly around you, there’s rat crap everywhere, and although the rocking middle section is again a bit ‘off the peg,’ the ending is a vicious hailstorm of vocals and guitars, anchored by a fabulous guttural bass sound.

Penultimate track ‘Crescent’ (Sorry I didn’t mean to do a track by track review, I normally hate them, but pretty much every track here has something to merit its own review) offer a big respite, with a very haunting vocal (possibly!) intro, a bit like Sunn’s Monoliths and Dimensions, but more spectral, and a very nice vocal atop resigned acoustic guitar. This is a classic OMG song, but stretching further out, into late period Cave In-style sweetness, and with no escape from the feedback furies, almost in the foreground. Howling relentlessly away, they represent another example of firmly integrating the ambient into the rock in a totally convincing way. There is big, sorrowful feedback that ushers in this song as well, almost the refrain that leaves you with an overall mood of sorrow from this album, but as I say, perversely satisfying for that.

I am not going to dissect the final track, I will leave it to you, as I trust after this review you’ll realise ‘No’ is worth your money, an enormous, flawed masterpiece from Old Man Gloom, hateful and full of love simultaneously, filthy and yet also as widescreen as you like. Suffice to say that it again ups the ante, rivalling Oxbow for in-your face intensity, and finishes in a cataclysmic and unashamedly self-indulgent fashion. ‘No’, a labour of love, a musical monolith built of emotion, and also tension inherent to the balance between pushing the atmospherics and still delivering riff-driven rock, slightly leans towards the former – ie atmosphere over foot on monitor. This might be a sign that this band is truly ready to step out of the rock band trousers and really push things next time round. I can’t wait.