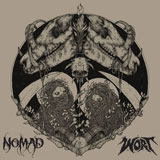 A split release from Manchester’s own Nomad and Huddersfield’s Wort out on Red Valley Records. Seven songs in praise of heavy riffing and sludgy doom. That sounds rather good, doesn’t it?

Both bands have demonstrated their art in previous releases. Nomad did an EP, titled The House Is Dead on When Planets Collide as well as playing with Bongripper, Church Of Mistery and Conan. Wort formed out of the ashes of Poison Dwarf and released an EP titled Not Your Cup Of Tea on the same label. There’s the connection, if the heavy hitting tracks don’t offer enough of that.

Decay Of Autonomy is the first offering from Nomad to this release, having cascading heavy riffs and a slow pounding pace. The barked vocals from Drian Nash are ferocious enough to make you worry about catching rabies. That sound of colossal guitars and harsh vocals continues on the next track, titled Black And Green, with a slightly more chopped up sound.

Taking influences from the whole doom spectrum, the sludgy sound and social lyrics probably connect most to bands like EyeHateGod. The sound is more sticky and heavy though, having changed into a more fitting form since their earlier EP. Though the band doesn’t leave the sludge track here, it does find a more suitable form which promises good things for future releases. Now, let’s check what Wort are up to.

The gritty and gore sound of Wort is rather different from the controlled fury of their split-mates. First track A New Culture Of Profound Optimism is a slow, buzzing tune, reminiscent of Weedeater’s fuzzy tone. The sound moves like landmasses on this tune, slowly crashing together, creating a truly heavy vibe with the wild roars of Mike Collins.

From there on we move to King Leach. The trudging pace of the riffs, the warbled sound of the string section and the screamed vocals are barely contained within the song structure by the drums of Parmahn Azad. The thundering sound of the rhythm section gives a big feel to this track. Wort sounds dirty and mean on their side of the split, not that Nomad sounded friendly, but these guys take the heavy hitting doomy breaks to the next peak.

Is there a little Sabbath there too? Yes, of course there is on The Cosmic Shame. The opening taunting riff utilises tritone the way the masters would like it and the almost demented vocals of Collins keep defiling the track, that swells up with the crushing bass lines. After listening to this full split, you’ll probably feel like you’ll need a shower, in a good way of course! 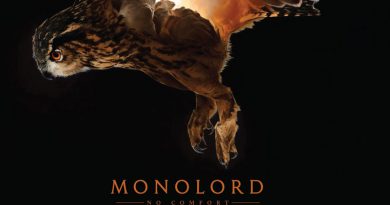