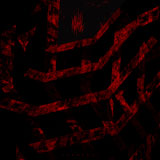 I think it’s always a good thing to start with some honesty. Reviewing the new Nihill record, I have to admit that I’m pretty much a fan boy since I witnessed them live, making Mayhem look like a record you just heard too often. I’m talking about their support slot for Mayhem in Eindhoven a few months ago. Making a good record is a whole different beast however, so let us check out the icy cold black metal that is Verderf.

The title translates a bit like decay and ruin, there’s a deep negative and dark connotation to the word in the Dutch language. The Dutch band has produced three other full lengths that made a huge impression. The last release was titled As (ashes) from 2013, and was a live recording from their Roadburn show. The band also shares members with Dodecahedron and Terzij De Horde. This album is released on Burning World Records, after working with Hydrahead on the previous ones. Now we’ve had all the practicalities, which you might like to know about. Let’s continue into the frozen pit that is Nihill.

Where many black metal bands invoke the hell fire of the dark lord Satan, Nihill has taken all life from their music. Introduction Ghoul thus sounds like the sound of a cold, dead world and the static remaining in its final tormented screams. Thunder sounds and pierces the minutes of static, before the Carrion Eaters arrive. A cacophonic introduction reforms into dense, industrial sounding riffs that demonstrate the Nihill machine in all its bleak majesty. Blasts of noise distort the barked, guttural vocals, spitting out their works over the incessant repetitive guitar waves. There is no moment of peace and rest for the listener. One could mentally picture batting away carrion eating creatures with a crowbar in a continuous onslaught.

A sudden stop is reversed into the sludgy, unholy opening minute of Kolos. A creeping, reanimated corpse of a song, filled with grim evil. Deformed and grotesque, the riffs soar above the deep bass fundament. The mixture of industrial elements adds to the atmosphere the band is working with here. Here Nihill demonstrates to be more than just raging riffs, but also manages to be slow and heavy, without losing any of their foreboding aura. Oh, it also lasts almost nine minutes. The barrage of riffs and machine gun drums that follows is the frantic Wielding The Scythe, which sounds nothing short of a soundtrack made for slashing with sharp blades. Razorsharp and full of fury, the tremolo sound puts you on edge. There’s a combination of old school harsh sound here, combined with exceptional tight play. Nihill definitely never planned on having some sort of ‘necro sound’.

Spirituum is the track that followers of Pitchfork might have enjoyed listening to already. Not only the barked vocals, but desperate cries as well adorn the blackened doom track, where noise seems to have been implemented to create the aural equivalent of darkening clouds. This fits in well with the ambient elements the band uses on this record. It never feels overdone, merely adorning the songs slightly. The crushing rhythm of this track is already a powerful statement in itself though. The blast of noise that follows heralds the song Morbus. The vocalist cuts through these clouds of black industrial sound, clear and powerful, booming like a vengeful God. Then the song kicks off for real. A neck breaking speed of riffing induces a static melody. The classic raw sound of this track reminds of the roots of the genre. Continuous blast beats reign down towards the end of the song, almost hurting squeaks and noise enters the sound. It is as if the band is close to breaking out of whatever is confining them, as if pure harsh noise is seeping through the cracks.

Harsh industrial noise is all that seems to remain in the song Engorged. As if rain is falling down on the microphone, or all amps have exploded and all that is audible through its distorted pulsating sound is a sinister voice, speaking dark words on a whispering tone. It is as a dark priest, speaking over an unheard radio frequency. Listening to it, you feel as if you’ve stumbled upon something secret, something not meant for you. An Ossuarium is a place where bones are kept (never say that reading The Sleeping Shaman hasn’t taught you a thing or two) and that makes it an apt title for the final song. The song feels a bit peculiar, which might have to do with the drums and the rattling sound they produce. It feels like this is no Ossuarium where the bones are quiet and still in their final resting place. It is as if spirits soar through the melody, which generates a disconcerting feeling.

That is what Nihill does, they put a spell on you with their icy darkness. This record just displays their sometimes overwhelming genius in combining elements to create a symbiotic sense of harsh grim sound, never relenting and always captivating. If you like your black metal to be fire and brimstone, then this might not be your cup of pitch black coffee. If you’re open for something new, don’t miss out on this.