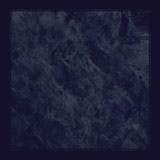 Necro Deathmort are Londoners AJ Cookson and Matthew Rozeik. Together they create electronic music which defies pigeon-holing; it’s heavy, it’s droney, it has big beats, sometimes there are guitars, sometimes there are screams… I’ve seen them described somewhere as Sunn O))) meets Apex Twin (or something similar) and that’s not too bad a way of summing it up, I suppose. EP2 will be their seventh release, two of its predecessors, Martian Cartography and Volume 1, having also come out in 2014.

Opener Sundive is a textured drone of watery sounds which evolve around a simple, driving beat. Mirus has a much more Astrohenge (In whom Rozeik plays guitar and does a big wedge of the song writing) feeling to it, even before the guitar part kicks in. It’s one long, slow, doomy build up which seems to occupy – or perhaps carve out – some vast echoing space and then proceed to fill it with layer upon layer of sound. Channel Fever follows seamlessly like a second movement, with 80’s sounding drum samples and a more cinematic, ethereal, yet undeniably massive collage of layered sounds. It’s like we’re being shown to our horror that there’s not just one, but millions of these mammoth sonic caves that Necro Deathmort have already eroded into existence.

Bleeding is the most guitar based, and easily defined as the “heavy” track on EP2. The word bleeding sore-throat screeched over and over a big fat laser distorted riff and knife-edged symbols. Throbbing, grainy, sustained synth chords and nasty digi hisses.

Deadlight uses Carpenter-esque tones and a thing called Sheperd Tone or The Sheperd Scale (look it up, fact fans) to create an ever-rising, yet ever falling, drone which your brain can’t get a proper grip on. Again, the next track comes in seamlessly (the whole of EP2, like much of Necro Deathmort‘s previous work, flows perfectly from track to track). Aer is like some kind of electro-symphonic post-rock epic which gradually dwindles down to a few choice cinematic synths and samples.

In the past Necro Deathmort have been described as using Dubstep sounds in the records but the soundscape of EP2 – when it’s not out and out dirty – seems a bit more 80s to me. Regardless of exactly what gear and samples they’re using, and whatever genre you might think they fit into, the fact remains that Necro Deathmort are just very good at making noises that sound nice together. Much like Dark Ambient legend Lustmord before them, the duo have a talent for creating soundscapes which are at once beautiful and terrifying, exhilarating and depressing. If you like your noise carefully crafted with an ambiguous doomy, gloomy narrative then EP2 is for you.

EP2 is available to order on limited edition vinyl and via digital download from Distraction Records Bandcamp page.