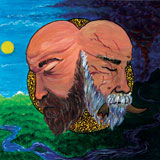 It is unusual to have found such a well honed musically competent band as Naisian. Hailing from Sheffield this band has ripped up a storm with this their first album. Falling some where between post-rock and post-metal this band has an aspiration to follow in the footsteps of Seattle’s Lesbian. The similarities are not only obvious with the way in which the songs are constructed, wrought by the adventurous complexity of harmony, and the punch and counter punch between the musicians, the vocals solidify the inevitable collision course with Seattle and the Lesbros. But hey this is has to be more than finding commonality, what about the actual songs I hear you shout…well steady… this is an album to be savoured.

To kick proceedings off we have Fletcher Munson, diving guitars pull the ears in as a certain grimness descends, it’s an effective start and like many parts to this album never lingers long enough to be become boring. From this we then step back into more quiet introspection, the harmonies are timeless with their minor key they open the door to room of solitude and quiet refrain. This though is slammed firmly shut in your face with the more technical guitar work that follows, loud brash and charismatic this is when they start marching in heavy fronted vocals, but again it moves and keeps moving. This is a real strength and the following solo/harmony over a simple four chord progression, works a treat. Technicality may be their forte but Fletcher Munson is not tech-core or whatever other bollox label you want to use. It infuses for the listener a youthful exuberance to not be hemmed in while refusing to comply with mediocrity.

Bellicist: Hush….. those tones are exquisite, the opening gambit reminds me of California’s Giant Squid. This isn’t retro or vintage but a vibrantly NOW composition reflecting time and place. As such some you could say it is like other post-rock bands, mmmm for me I’m not sure. Once again this is an escapade on how to unlock the full potential of the song. Driving riffs launch upon the senses, a congression of rawness and steady contemplation. Perhaps this song is not as adventurous as Fletcher Munson but it does illustrate to me the progressive metal potential of this great band.

Take me to the: Starts off in a similar vein as Bellicist, the difference here is that the vibe reflects something that could have come out on Elektrohasch, but it is countered by the heavy seemingly incidental vocal and heavy section that falls between these introspective parts. Production sounds slightly different on this song to previous arrangements, and I’m not sure that helps with what’s trying to be achieved. It nevertheless is a great song that has a wave of guitar effects providing an otherworldly presence. But if this was going to be potentially the weakest song on the album the following song break makes up for lost ground. Naisian know how to write a hook and as with all their songs so far they haven’t let me down.

Mammalian: The title track of the album charges in with an intention to punish while screaming for full attention. Chord and dischord fall down next to one another with ease. Off-beat slight of hand harmonising riffs, with the tiltering on the edge drumming opens the gates to a Hawkwind landscape of space warriors and their wenches. This is really good stuff, violins complement and accentuate the sense of otherness. I need to see this band live, I would love to see how they pull this off . That comment should not take away from the shine of their armour or the dedication shown in detailing the composition. Vocals are also very different from the previous tracks. Here they haunt with a chant style that sits well and suits the ambience produced from guitars and strings. Along with title of the album come the expectations that this will be their best song, for my part this certainly is the masterpiece of the album.

I am Eustache: The final track calls in the off kilter complex technical post-metal time changes making the hair on the back of your neck stand to attention. I would say this is the closest they get to sounding like Lesbian. Perfect in its balance between heavy and quiet introspection. Beautiful and impassioned I am Eustache works on every level of emotion. Great formation of ideas combine with aeythereal sound effects produced by a wall of guitars playing subtly different arrangements, causing a world to collapse in ecstasy and anticipation over what the next album will sound like. Brilliant. 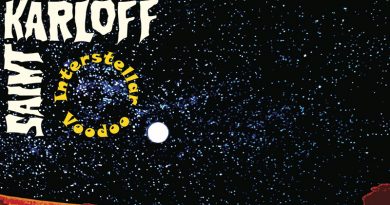