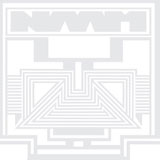 Having listened to and enjoyed New York psych-rock outfit Naam’s first EP on a certain music site, I decided to give this, their sophomore (as the Yanks call it) album, a bloody good earful. The album opens with ‘Silent Call’, a soothing synth-drenched two minutes of mellow and sombre contemporary prog-rock that segues into the bubbling bass riff intro to the album’s title track. The singer’s voice is treated in some way (one suspects via the use of new-fangled electronics) so as to affect a distant and alienated ‘trippiness’ whilst soaring synthesiser and harmonious backing vocals combine over the standard guitar/drums rock structure to achieve the kind of narcotised seventies psych-prog invariably mastered by bands such as Pink Floyd and Hawkwind. Whilst not immediately attention-grabbing, the effect on the reviewer’s auditory/cerebral formations is a generally pleasing one, although bear in mind that the said reviewer is fond of the psych-prog genre anyway, albeit the quality practitioners of the genre.

The minute long and cymbal-heavy ‘In And Thru’ continues a theme that occurs as punctuation for the duration of the album – the short musical interlude. One could regard these tracks (four in all) more as links between ‘proper’ songs than actual interludes. I have mixed feelings about their inclusion; indeed I do see how they contribute to the general ‘tapestry’ feeling of the album, yet I also sense they serve to waste valuable album minutes by possibly representing ‘filler’. At this early point in my relationship with ‘Vow’, I will leave the verdict as undecided. ‘Pardoned Pleasure’ is one of the album’s longer tracks and flies high on an organ-driven chorus/bridge (either or both) that is instantly recognisable in its use of the descending chord sequence put to such infamous effect on ‘I Wanna Be Your Dog’. Naam’s real prog-aspirations shine through here with deft-tempo changes and multi-mood affectations.

‘Laid To Rest’ is another short interlude number but closely resembles a conventional song with its solid verse structure and use of vocals. ‘Brightest Sight’ is 45 seconds of Manzarek-meets-Jon Lord-meets-J.S. Bach church organ which segues into ‘On The Hour’, one of the album’s more memorable numbers, a traditional rock stomper that rides galloping along on a simple riff that bursts full-on into an almost anthemic chorus. My earlier mention of ‘…more memorable…’ highlights the principle weakness of ‘Vow’ in that it largely fails to leave an emotional imprint, both musically and vocally.

However ‘Skyscraper’ shows just what Naam are capable of when focussed. A lovely three minute puff of haze that should rightly be twice as long at least. it loops forward on a rolling and druggy wave of languid heat much like ‘Set the Controls for the Heart of the Sun’ and manages to evoke a real psychedelic ambience that is often lacking elsewhere on the album. Yet ‘Midnight Glow’, the track immediately afterwards, fails to capitalise on this glorious brain-fried mood and for me at least, is too traditional and standardised in its application of the rock aesthetic.

‘Beyond’, the last ‘proper’ number on ‘Vow’, is the longest track and the most ambitious one too, and is much the better for it. Encompassing a run-through of what Naam can do, it makes much more sense than single-length rockers like ‘Midnight Glow’ and finishes on a particularly fine crescendo. ‘Adagio’ plays the album out – pleasant enough doodling on a keyboard yes, but the whole platter would have been best served by ending on the drama of the last few minutes of ‘Beyond’.

All in all, ‘Vow’ is a very listenable long player that only stumbles in that it should sound like a bone-fide classic but only comes across as a ‘decent’ album instead. Whilst their towering contemporaries White Hills trade on a searing punked-out energy, Naam cannot muster such ball-busting levels of filthy aggression and instead need another ingredient. The blame here then lies with a certain lack of song-writing suss in the melody department – the big verse and chorus structures of the more conventional psychedelic rockers like ‘Pardoned Pleasure’ would be best augmented by full-blown vocal harmonies of almost Lennon and McCartney/ Donovan/ Brian Wilson-type grandeur. Having said that, it can’t be easy to achieve such psychedelic pop-rock brilliance unless you’re Syd Barrett, John Lennon, Roky Erickson and a handful of obvious others (most notably new genius-in-town Ty Segall). ‘Vow’ then serves as an appetising precursor to what Naam could do on their next album, armed with a bucket-full of beautiful melodies as well as a head full of psychoactive bliss.