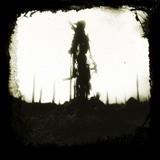 One of the virtues of heavy music being so relatively young a genre is that it can still be bent and twisted into ways that Robert Johnson would never imagined as he made his way to the crossroads to trade his soul for the foundations of blues based rock n roll. ‘For the Fallen’ is the second disc to come from the hands of French based Black Doomsters Mourning Dawn. It is a slick affair that combines high pitched screams and blast beats with the usual down tuned sloth paced riffage. The album itself is suitably dramatic and draws influence from the trench induced hell of the 1st World War which raged their home countryside.

As a re-imagined vision of hell and worthy weighty cause to throw themselves into lyrically ‘For the Fallen’ does not disappoint. The bleak cold blasts that echo from this disc for its 70 minute running time are harrowing slabs of doom infused with stark passages and a positively modern take on the traditional sound.

The atmosphere is set from the start as ‘In Flanders Fields’ kicks off with harrowing, tortured howls set over an icy haunting soundtrack, relief comes on ‘God Damn The Sun’ as it gives way to a huge crushing riff. However this doesn’t last long and the track gives way to despair that builds towards an eerie spoken word passage. Fortunately this opens out into a brilliant groove that sits more comfortably with conventional Doom evoking a feeling of mounting tension with the use of blast beats as it builds towards the crescendo.

‘Sick’ follows on in a similar vein but features a truly sublime solo whilst track four sees the atmospheric use of spoken word again to counter point the screams and wails before track five sees the additional of Marquis (Jonathon They) of label mates Hyadiningar (and many others) take the microphone for a guest roar. Whilst perfectly executed and in keeping with the over all feel of the album it seems a little pointless as you’d have to really, really listen to tell the difference between him and Laurent. The track marks a turning point and unlike a lot of albums, the better tracks are actually at the end. Rather than peter out it gets stronger as time goes on.

It would be a somewhat bizarre criticism to say this album is unrelentingly downbeat given the subject matter and genre but given that the band are trying for Black Doom and not just your standard Doom you almost wish they had pushed themselves a little further. At times there is a Neurosis/Cult Of Luna style influence to the sound and maybe the innovation is lost in the weak sounding production but for such a long and weighty disc at times you can find yourself wondering off as some of the tracks creep towards the 10 minute mark.

At times this is a bold and captivating album but personally I found it lacked a little light and shade to make it stand out for its entire duration. 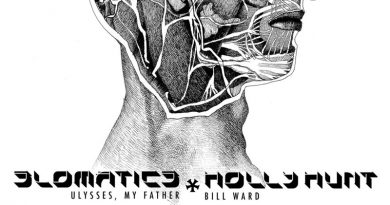