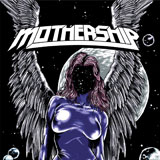 Some people enter into music trying to be the next big thing, have the next zeitgeist idea that will flip music on its head and propel them to fame, fortune and legend; other people simply want to make music for the sheer love and celebration of its existence. Some will stand on the shoulders of giants to reach the stars and others simply go back to the well and try to capture the essence that was at the core of rock n roll as it emerged from the original Delta Blues, part lament and part celebration, all insight into the soul.

When John ‘Big J’ Juett instilled this education and love of Blues, classic rock, hard rock, metal and Southern rock into his sons Kelley and Kyle, he gave them the desire to start a band with the sole purpose of bringing back rock n roll as it should be, raucous and raw with a good time vibe – the kind of music that makes you want to shake your head and spill your beer all over the floor while you don’t care.

Having helped light the fire, Big J also helped his boys by pounding the drums in the early incarnation and recruiting his permanent replacement in the suitably able Judge Smith. From this point on it became about the three members extolling their love of classic 70’s rock style music but amped and updated for the modern era. On top of making great music they have quickly forged a reputation as one of the fiercest live acts in Texas.

Their Self-Titled debut for Ripple is a perfect fit given the quality and feel of many of the bands that appear on their roster and from the moment the opening instrumental ‘Hallucination’ bursts from the speakers, it’s dripping with a classic retro, bluesy swagger, the kind of thing Monster Magnet were so great at in the nineties; part stoner muscle, part cosmic rock cool. It almost feels like a lazy Sunday afternoon jam session until it morphs into a driving, head down, powerhouse of a track and here the journey begins, a liberating, top down, pedal to the metal type ride.

When Kyle starts singing on ‘Cosmic Rain’ everything seems right with the world. A mixture of husky power and sweet crooning gives the band the flexibility to go toe to toe with you in a bar fight having sweet talked your girl into going home with them.

All of the 8 tracks on display here show a band who can write great music, from the catchy, good time riffing of ‘City Nights’ (with its timeless ‘Rock n Roll is here to stay’ chorus) to the Iron Maiden steely gallop of ‘Lunar Master’ or the Sabbath feel of ‘Win or Lose’.

Younger brother Kelley proves that he is not a pastiche, but a great guitarist as he knocks out huge walls of sound and adds a deft flourish to ‘Angel of Death’ (not a Slayer cover) with a sublime solo and through it all Judge keeps time with a sense of emotion and an organic swing that helps give the music character and flavour.

For me that is the key to Mothership, this is music you feel as much as listen to. Rock and Roll shouldn’t be so complicated you can make mathematical thesis out of the time changes and notes used, it should be about getting down and dirty and rocking out.

That’s not to suggest this is an album that could be hammered out by anyone, this is well executed, catchy, dynamic music that is timeless and the whole experience has been captured expertly by Wo Fat mastermind Kent Stump with a warm sound that is reminiscent of classic 70’s era fuzz rock. The whole thing is simply a joy to hear from start to finish.