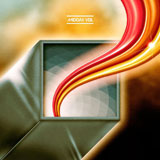 Writing about Midday Veil is a very interesting task. Why? Because they are a distinct group, they produce something special and extremely artistic. But before we analyze and review their body of work, let’s take a look at their history.

The band began in 2008, the result of a collaboration between Emily Pothast, a vocalist and songwriter from Texas who earned an MFA in visual art before she decided to become a full-time musician, and David Golightly, a synth player deeply influenced by courses led by the legendary but highly controversial Karlheinz Stockhausen, during his studies in composition and electronic music.

Eventually the line up was completed with the addition of guitarist Timm Mason, bassist Jayson Kochan, drummer Chris Pollina and percussionist Sam Yoder. Together they released their debut “Eyes All Around”, in 2010. The record gathered positive reviews. However, it was thanks to their following releases, two cassettes entitled “Subterranean Ritual II” (2011) and “Integratron” (2012), recorded in an acoustically perfect wooden dome that they gained a lot more momentum and opened for Krautrock legends Faust.

The first song, the title track, displays Emily’s voice, very soulful and magical. The instrumental features an extremely catchy bass line, and the song, while psychedelic and full of synthesizers, has an 80`s vibe that makes you want to dance nonstop. Next we have “Choreia,” which in place of a rhythmic ambience, presents one hell of a weird sonic journey. In a way, it sounds a bit like something Pink Floyd would do back in their trippy/avant-garde days with Syd Barrett, or during the first years after their original leader’s departure.

Still, if there’s a composition that deserves to be highlighted, the honor goes to “Great Cold of the Night”, it lasts eleven minutes (making it the longest song on “The Current”) and perfectly fuses electronic influences with eastern sounds. Besides the beauty of Emily’s singing, the percussion is also very creative, and the carefully layered guitar work deserves a shout out too. It is an intense song that gives you the sensation it will never come to an end. But it does, after going through different musical territories that wouldn’t be out of place as the soundtrack to some mysterious ritual.

This track is also the closing track, and it’s safe to say that the best was saved for last. A triumphant ending to a nice and most importantly, eclectic listening experience. There’s electronic, psychedelic, progressive structures and even some world music elements. In the end though, what we’re really dealing with, is a band with its own identity and a record that was very well crafted.