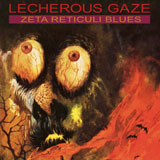 Really the above line could quite easily comprise the whole review for this Zeta Reticuli Blues as it pretty much says it all…but being a conscientious writer and knowing you will all want to know a little more detail I will expand…but not much.

The truth is, Lecherous Gaze, from Oakland in California, come as close to encapsulating everything that continues to make rock and rock essential and fantastic nearly 60 years into its existence. This album reeks of denim, leather, sweat, booze, weed, stale cigarette smoke, filthy toilets, patchouli, blood…and pretty much anything else you may encounter on some hot-as-hell, back-of-a-van, malnourished, alcoholically driven tour of fleapit venues. Exactly the kind of place where exceptional rock and roll thrives best.

Each song here is a needle sharp exploration of the power of the riff bringing to mind such legends as Motörhead, The Stooges, Grand Funk Railroad, Black Flag, Black Sabbath, Blue Oyster Cult, Blue Cheer, Chuck Berry, The Sex Pistols, Alice Cooper, and the New York Dolls. Yes it’s heavy and yes it’s raw but most importantly its just straight up rocks!!! For example, their version of Them’s classic Baby Please Don’t Go knocks versions you may have heard by AC/DC, Aerosmith, Ted Nugent and Budgie into a cocked hat!!!! It perfectly sums up the band’s dedication to bringing new life to an era when heavy music was new, indebted to the blues, dabbling in psychedelics and discovering the sheer power of volume.

I could go on spouting empty hyperbole but really this isn’t an album that requires over thinking. As the opening line of this review states, this is an album of 100% raw, uncompromising, kick-ass rock and roll and should be treated, enjoyed, even venerated as such.

Best served slicked with sweat and a cold beer!!! 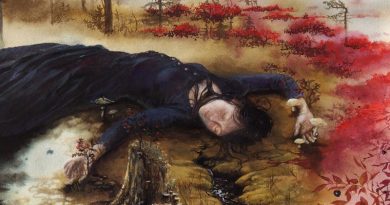