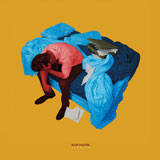 Manitoban misfits KEN mode have always defied what is expected of them. The word ‘unique’ is bandied about in relation to myriads of other artists and albums, but the three piece from Winnipeg have always trod their own path and created a sound that is unmistakably theirs.

Their latest release, Success, is perhaps one of the largest side-steps in the bands career. Much has been made of their collaboration with producer Steve Albini, renowned for his work with artists in the noise-ier end of the spectrum rather than metal bands. As a result, their usual brand of furious aural assault that batters at the ears as well as the mind has cooled from white-hot to a pinpoint focussed. Some will say they’ve ‘sold out’, or some other derivative. Some will say they’ve ‘matured’, evolved. But which is the case?

Opener Blessedseems to be typically ‘KEN mode’. In a squall of rhythm, big drums and a fuzzy, lumbering bass line that stalks along, Jesse Matthewson’s spoken/snarled vocals cut through, perhaps a tad too high in the mix. It’s possessed of an angular ugliness, and morphs into a breakdown that features overlapping, manic vocals and scratching strings. This is very much the shape of things to come.

These Tight Jeanspositively swings, like some kind of twisted, dark rock’n’roll. Spurred along by Shane Matthewson’s drums, it features call and response male/female vocals, an overbearing sense of uneasy, nervous tension typical of the Canucks, and acts as more of a short sharp shock than the previous track. The Owlis oddly jaunty, yet undeniably heaving in parts, like a moody, sick take on lounge music. It’s surprisingly easy to get a handle on. This is not Venerable, nor is it Entrench – the relentless, insular darkness has been replaced by a more ‘every day’ kind of malevolence.

And that isn’t a criticism, by any stretch. If the previous KEN mode oeuvre was a bloodied, screaming psychopath, Successis a shirt and tie clad sociopath, laughing with you over the water cooler whilst secretly planning to garrotte you in the bathroom. I Just Liked Firecarries a jagged hardcore-punk vibe, a little like viewing Refused through a broken window, all driving bass and screeching vocals. Management Control’s 90’s noiserock vibe hooks on a mean drum and bass groove that swells into a larger, oddly uplifting chorus and plenty of frantic, building drum work.

Some of the tracks arguably come up a little short in terms of grandiose ideas. They aren’t so much filler as a continuation of the set themes, Failing At Fun Since 1981’s speedy bass work and snaking cymbals and A Catalog Of Small Disappointments (somewhat ironically) not living up to the atonal riffing and coldly burning controlled rage of A Passive Disasterand its’ ilk.

Closer Dead Actorsechoes Never Was from 2011’s Venerable – a slow, ringing harmonic guitar line surrounded by empty space. Moody bass and subtle drums that have an undercurrent of chomping at the bit play in, and the jarring, pleasingly lo-fi transitions are ‘classic’ KEN mode. There’s something affirming about the instrumental breaks, with each band member doing his own thing but united by the common core of the track. It’s honest, full of movement, and the track that will stick with you for longest.

Although some will find Successa slight overestimation for a title, most will arguably ‘understand’ what the three piece have crafted here. While it lacks the muscle, violence, immediacy and bulky ‘metal’ credentials of their previous works, it is a leaner, more focussed and self-aware beast. If their older albums were bloody throated threats that they were going to Kill Everything Now, Successis the quieter, but no less convicted, proof of them putting the plan into action. 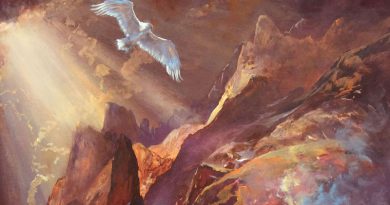