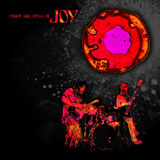 Do you believe in magic? I don’t mean actual magic, summoning dead spirits or any of that bollocks and nor do I mean David Copperfield style stunts…or even David Blaine buried neck deep in his own shit for six months type of magic. I mean that indefinable essence, a sprinkle of which turns something from being good to being truly magnificent. This is where my frustration lies with this release. I know I’m listening to something good but I feel like I’m missing that certain something that will lift it above the hoards of psychedelically inclined bands with which Joy are competing.

Joy take the heavy fuzzy blueprint of bands such as Blue Cheer, chuck in some Cactus style blues and a dose of Hendrix’s guitar freakery to create something that is suitably retro and brimming with energy. The riffs are, for the most part, pretty strong and the multitude of wah guitar workouts are suitably thrilling. The songs are all decent with big choruses and there’s no doubt that Joy invoke the spirit of the late 60’s and early 70’s right down to the trippy artwork and a welcome appearance from former Hawkwind saxophone player Nik Turner. The main problem with bands who seek to emulate and recreate the vintage sounds of that era is that it is, by and large, very difficult to improve on what went before and paved the way. The results may turn out to be very good, and in this case they mostly are, but it will always come across as a copy or, at best a good tribute. The other problem is that the original albums by the original bands are readily available, now more so probably than when they were originally released thanks to the internet. With that in mind, if I wanted to listen to something that sounds like Hendrix or Blue Cheer I would be more inclined to put on Electric Ladyland or Vincebus Eruptum.

On the plus side this record does sound great. Joy have nailed that reverb driven, warm sound of the era. The bass is lovely and rich, the drums crash and thunder with wild abandon and the guitar has that meaty yet clear vintage tone of an amp being pushed hard with a fuzz pedal kicking its arse. Also, as I previously stated, the riffs, playing and song writing are all up there with anyone else currently pedalling this heavy, retro, blues driven sound. If I have one other bone of contention, however, it is that this album falls flat rather dramatically in the vocal department. With the high level of musicianship on show it is a shame that the vocals don’t match up. Perhaps this is where the magic is missing. This does sound more like a band that decided to have the least worst singer do the job as opposed to a band with a singer who wants to do it. One clue for this is the fact that the vocals are somewhat buried in the mix and heavily treated with a layer of reverb and a coating of fuzz suggesting that the band are also aware of the shortcomings. Perhaps if Joy had someone of the calibre of the late, great Rusty Day from Cactus manning the mic then that might provide that elusive sprinkle of pixie dust that would make this a real head turner.

In short Under The Spell Of is a good album, not a great album but certainly a good one and one that will no doubt appeal to anyone with a soft spot in their heart for the halcyon and nascent days of heavy rock but in the face of an increasing amount of competition from albums, both old and new, it remains to be seen if Joy will rise to the surface. 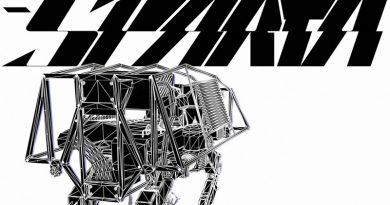