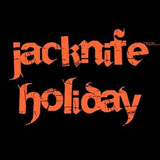 The name says it all doesn’t it, Jacknife Holiday, the delight and recreational possibilities of pure mindless violence!!! These guys shit riffs and grooves in their sleep but deliver them with a maniacal gleam in the eye and foul, fetid breath!!!

Claiming influence from southern riffmeisters such as Pantera, Crowbar and Eyehategod, Jacknife Holiday certainly do pack a tasty line in whiskey driven riffs across the three tracks on offer on this debut EP. Impressively these guys have already notched up a slot at this year’s Download Festival which no doubt sparked a collective bout of line dancing and face slashing!!! In some ways it seems as though the band suffers a schizophrenic existence. On the one hand the music, whilst being brutally heavy, does owe a debt to classic rock. The songs are well structured and the riffs are catchier than a cold sore at a wife swapping party!!! Yes there are nods to the aforementioned bands but scratch a little deeper and the spirit of AC/DC floats in the background as the wall of crunch is peppered with a bluesy spirit.

The coin has two faces however and on the other side the vocals shriek and grunt with bug eyed venom. Now this style of singing is definitely an acquired taste, personally I can only put up with it in small doses and prefer a good throaty melodic growl to an insane shriek, but when it is done with such throat ripping intensity it become hard to ignore. The combination works because a) the band write some quality riffs and know how to put them together and b), because the vocals just stay on the right side of becoming ridiculous with a clarity of diction often missing in this style that serves to emphasise the lyrical content. Let’s face it any band writing a song called “Pity Fuck” are worthy of attention…and not just from the Police!!!!

Jacknife Holiday certainly have the chops and the intent, all they could do with now is a decent production job. The production here, although clear and concise is a little on the thin side. The guitars are a little abrasive and could do with a little more grunt and the drums would benefit from a little more of a kick in the chest to really give the songs the balls they deserve. That said, this is essentially a demo and almost certainly done on a budget so don’t let that detract you from checking this disc out.

This is as good a start as you could really hope for from a band barely a year old…and let’s face it, who wants to go to the Costa Brava when you could have a Jacknife Holiday!!! 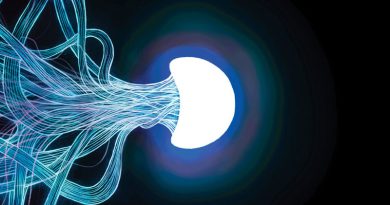