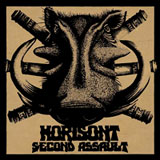 I’ve always wanted to go to Sweden. Partly because it appears to be a beautiful country full of culture and partly because I have a fantastical notion that every woman is a paragon of physical beauty and that they all have a liberated attitude to sexuality that sees them getting down to it anywhere and everywhere at any time. In recent years another reason has become apparent as Sweden is fast becoming the world leader in hard edged, retro, blues based hard progressive rock. Bands such as Witchcraft, Graveyard and before them Norskken are paving the way for a slew of bands that look and sound as though they’ve found the secret to time travel and have hit a period roughly around 1973 and are attacking it with full vigour.

Horisont are no exception. Their retrogressive brand of rock and roll draws from exactly the same well spring as the aforementioned bands as their authentic vintage tones pull equally from Black Sabbath’s mighty weight, Blue Cheer and Led Zeppelin’s hard blues and the progressive tendencies of bands such as fellow countrymen November. Comparisons to Witchcraft and Graveyard are certain to abound as all three bands fuse jazzy blues with harder riffs, songs that flow through multiple sections and even nail that old school, cranked but bordering on clean Orange amp tone. Despite the striking similarities, however, Horisont are a very fine band in their own right and capable of writing powerful, emotional and infectious set of tunes that stand alongside their peers in terms of quality. Songs such as opener “Time Warrior” and “On The Run” manage to rock and sound epic in equal measure while “Crusaders Of Death” displays a level of sensitivity a lot of modern bands fail to achieve.

Musically the band are completely on point. Joint guitarists Charlie Van Loo and Kristopher Moller rip solos back and forth in time honoured fashion and trade riffs with the best of them while vocalist Axel Soderberg lets forth an impressive set of pipes that bring to mind both Robert Plant and Rob Halford with his piercing yet forceful wail. The production hammers home the vintage quest the band are on being both suitably warm and analogue with a live and lively vibe sounding like it could have been laid down in Abbey Road Studio 2 at any point between 1969 and 1975!!!

Do Horisont offer enough to set them apart from their more obvious counterparts? Yes, for definite but it may take a little time and investment on the part of the listener to realise it. Despite the comparisons repeated listens show that the band do possess a harder, tighter edge than their peers…dare I say it a little more metallic and a little less progressive? Also in Soderberg they have a vocalist that stands head and shoulders above so many other bands in pure classic rock power!!! Alongside Admiral Sir Cloudesley Shovell Rise Above have found a band that could raise them back up to their glory days when Orange Goblin were riding the crest of their popularity on the label. 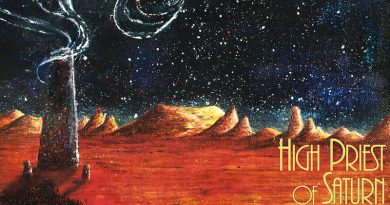