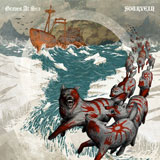 Portland residents Graves At Sea have had quite an awakening in recent months; after nearly a decade of hibernation, they emerged (seemingly out of nowhere) with a new rhythm section to kick the shit out of everyone with the recent ‘This Place Is Poison’ EP. You can bet it’s been a reveling heaven for every doom-loving disciple on either side of the Atlantic. This kind of shock and awe could probably tide most folks over for a while (hey, we’ve gotten used to long waits for exceptional bands…ummm, Acid King?), but lo and behold, round two is upon us. And who better for the Portland sludge kings to team up with and clink chalices than the dudes in Sourvein. It’s a marriage of equals, and with the Graves At Sea opener ‘Betting On Black’, you can bet that this sonic ass kicker’s as good in reality as it is on paper.

The opening riff sees Nick Phit’s axe assault as the sludgy alter ego of Morbid Angel’s Trey Azagthoth; a raw production backs the mid tempo muscle without the lo-fi, bargain basement aftertaste. Technicality and tone are impeccable, and the rhythm section is insanely ridiculous. Bryan Sours (drums) and Jeff McGarrity (bass) light it up with a tight, crisp performance, sporting a jagged unpredictability like a popcorn maker gone wild in the best way possible. As expected, Nathan Misterek’s vocals are straight up black metal rasp with a few guttural dips; it’s spot on and suits the mood perfectly. The songwriting definitely keeps you on your toes, with shifting time signatures and angular riffing that twists and turns like a doomed out Rubik’s Cube. Make no mistake, Graves At Sea ain’t fucking around, and they continue wreaking havoc with ‘Confession’; there’s an infusion of High On Fire style bulldozing with the opening drum fill crush before the band kicks into another mid tempo head nodding good time. Riffs abound as they clock in another 6+ minute rocker before passing the baton.

Cape Fear natives Sourvein cover the final three tracks; Mike Dean’s turning knobs for their side of the EP and his ear for good ole fashioned swampy doom serves them especially well. With opener ‘Drifter’, ecstatic flashbacks to Earthride’s ‘Vampire Circus’ are unavoidable; the tone is warm, slow, bluesy grooves dominate, and T-Roy obviously threw down Dave Sherman’s (Earthride) same shot of whiskey, swagger and broken glass before cutting the vocals. The band slows it down and streamlines arrangements on ‘Equinox’, with a nice mid track wah soaked electric acoustic blues break; the group’s in no hurry and are comfortable tweaking variations on the same blues progression before kicking into closer ‘Follow The Light’. Arguably their strongest track, they flaunt the tritone with an evil main driving riff before breaking into a badass chord progression reminiscent of Corrosion of Conformity’s ‘Albatross’. Consider it the climax because they sure as shit finish strong.

This split is a healthy slice of what we’ve come to expect from two highly revered genre heavyweights. Be sure to check them out at this year’s Maryland Deathfest later this month because I’m sure it’s going to be one hell of a live set. Thank sweet baby Jesus for old reliables. Highly Recommended. 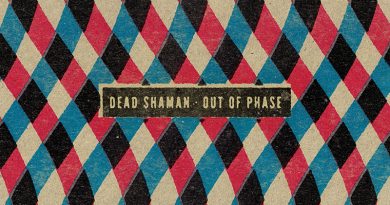 Review: Dead Shaman ‘Out Of Phase’ 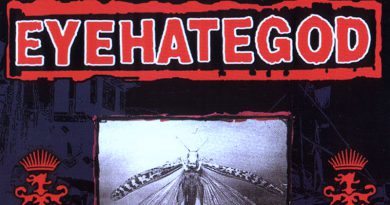