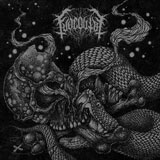 The vaults of hell are deep indeed. From out of unfathomable depths arises a sound so foul and low even the swarming hordes of demons evade it`s path.

This monstrous being, clad in tattered skin and bearing a necklace of shattered skulls, it`s enormous fangs dripping with venom, is known as ‘The Viper That Slithers In The Ashes Of What Remains’. A name has been given unto it; Fuoco Fatuo.

The three headed crown that controls this doomed death metal beast comes from Italy. Three inverted angels, blowing the trumpets of doom, beating the drums of death with the bones of stillborn children and screaming with a voice that sounds like the emptying of the bowls of wrath.

Slowly the Viper slithers through a veritable feast of splendorous death metal riffs played at a funereal pace. Slowly but surely it approaches its prey. Five times it strikes at the neck of whoever listens to this music, five venomous bites, one for each horn of the five-fold star. The venom is potent. It spreads a feeling of desolation and loss, despair and hopelessness, a feeling of being ground to dust in the centre of a black hole. I have felt this before, from the likes of Incantation, Encoffination, Ataraxie, Necros Christos and their like.

This album has left me a shell of a human being. All that remains is a body, as my soul has been dragged into the depth of Tartarus by Fuoco Fatuo. Now that the music has ceased, I am left in a place that knows no solace. An ear shattering silence is what is left. Horrid as the abyss may be, I long to be sucked back in to its swirling, formless arms. I yearn to once more be covered with the death shroud of Fuoco Fatuo.

Normally I like to write something about each individual song, but every time I start playing the album time and space lose their meaning and suddenly I find myself drifting off, to a place amongst the stars. The cold void of space is as much like hell as are the fires of the inferno. I revel in the filth ridden riffs and then, when they suddenly end, I`m just sitting there, staring vacantly at my screen, the album being finished again. Each track is a perfectly logical continuation of its predecessor, which makes the transitions between them disappear. All is One and One is All on this record.

Cavernous, harrowing death doom metal. That is how I would describe this five faced abomination in the face of God. A blood encrusted jewel, waiting to be admired by the masses of those that still find pleasure in this old way of spreading malice and evil in death metal. This is not for those that seek the cheap thrill of technical playing or those that think breaks and tempo changes are the most important things in life. Hell, this is so much covered in ancient dust and the corroded weapons of Old School death/doom metal that anyone mistaking this for anything but that, will suffocate under the sheer weight of the guitars contained herein. 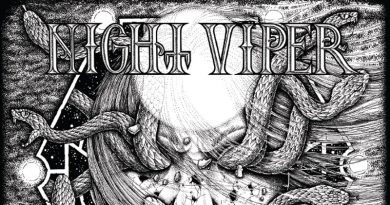