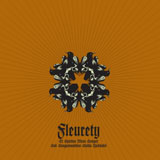 For better or worse, Norway was always the place where the blueprints for modern black metal were laid. Burzum gave us the atmosphere, Emperor the grandiose symphonics, Darkthrone the aggression and Mayhem the all-out nastiness, but toiling tirelessly under the main four were bands like Arcturus, Limbonic Art and Fleurety who took the format to bewildering new lands, dabbling in jazz, electronica and avant-garde long before the ‘experimental BM’ album became a worrying cliché. Sadly, Fleurety only gave us two full-lengths proper but over the past few years they’ve been trickling out new material on a series of 7”s on long-time home Aesthetic Death. Et Spiritus Meus Semper Sub Sanguinantibus Stellis Habitabit, an epic title that translates as “And I will always live under the blood-stars” (cheers, Google Translate) is the third in the series and its proof that true innovators never really stop.

‘Degenerate Machine’ could have been lifted straight from ‘Min Tid Skal Komme’, reedy guitars whirring away like a skittering workhorse, quickly settling into a fierce groove before abruptly shifting pace and letting rip with an early, prog-tastic solo. It’s clear that, once again, all bets are off when it comes to the direction Fleurety will take, rapid-fire kick-drum stuttering to maintain the pace and the hollow roar of Svein Egil Hatlevik (a.k.a. Zweizz) monumental amongst the dim. It dances rings around logic, the mischievous spirit of Loki set manifest in mesmerising jazz breaks and drunken sways, and when it jerks to a halt and starts in again with a crazily awkward run of distorted guitar, the sheer bloody-minded genius of Zweizz’s handiwork is laid out on jagged, eye-bleeding display.

On side B, “It’s When It’s Cold’ opens to a sharp martial snare and a topsy-turvy display of electronic squerks and the sound of a guitar being wrung for all it’s worth. Frank Zappa would be proud. The noise ceases, the tempo dims to doom levels and blastbeats rise for sickening vocals that stand equal to those of the BM forefathers, though with a Black Lodge twist, before dipping into ice-water ambient baths. A rival to Fleurety’s past work in both technicality and complexity, Sveitlik and Nordgaren have pulled off a skilled ensemble performance on Et Spiritus…, the session performers’ times in Virus and Arcturus giving them plenty of experience with such oblique structures, and the result is a remarkably smooth performance, even as the songs themselves seem to spiral headlong into the cliffs of bewilderment. It may be a cliché but it’s difficult not to throw words like ‘inspired’ around in the light of such work: Fleurety might be avant-garde darlings and they certainly owe a great deal to the likes of John Zorn and Arvo Pärt but this is as fierce a black metal release as you could hope to find. Now, if they could just get around to another album… 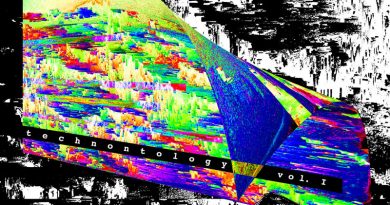