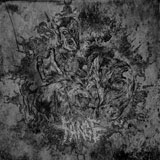 As much as quite a number of you like to dress as either seventies relics, sleazy thugs or punks with wristbands, we all know that nowadays only secluded dope-addled brits and other real scum seem to have the grit and gut to start a band, write solid shit, get it in a van, and play shows unhinged-as-a-fucking-cornered-mamba-that-had-no-mice-for-three-days.

These are the days of social media, of the internet, where being cool means ‘pointing something out to others’, and not ‘standing on that stage trying to actually physically and mentally impact somebody with FUCKING POWER, MAXIMUM-VOLUME-YIELDS-MAXIMUM-RESULTS, MODULISTIC TERROR, PIERCING VISION AND TRUTH DELIVERED IN SPADES’. Where press releases talk about horror movies and weed, while the pictures show only the same long-haired, motorjacketed and beardnecked flannel shirts that have nothing to add to what Electric Wizard already did.

Besides, the most important parts of the rant above are ‘FUCKING POWER, ‘PIERCING VISION’, ‘FUCKING POWER’, ‘Unhinged-as-a-fucking-mamba’ and ‘FUCKING POWER’. Failure of a band to gain any of these traits will result in mediocrity – someone else will always do it better than you, no matter what it is you do. That’s why reviews like this are better when they don’t try to grade the music. All you need to know is whether it’s harder than what you already know, or something that will blast you off your feet, maybe even massage your dreams, with its unique vision and execution.

Now, I value my French neighbours highly, for they seem to have a high number of bands that actively rape songwriting and sound to make sure their album contains more of the aforementioned traits than the album the other freak made. Kickback is my favorite example but there are many others, like Deathspell Omega. In stoner doom territory, Huata made great headwaves with a number of great recordings. And now, head honcho Benjamin Moreau of Huata and drummer Baptiste Gautier-Lorenzo of psychblues(!) formation Brain Pyramid have joined forces to create another monster to add to the pedigree.

Enter Fange. This is harder than the usual stuff in their chosen field of sludge and doom. And, more importantly, it’s got vision. Wahey. Let me explain. Those familiar with thick hardcore productions coupled to sludgy pedal/amp combinations will know this sound. As the gentlemen explain:  harsh riffs, harsh beats (of the Ward-and-Baker groove family), played loud, ‘with a huge amount of distorted sounds and feedbacks’. Now yes –  that sounds exactly like any standard stoner press release. But no – these guys actually pull it off. Reviewing the equally crushing 11Paranoias, Michael Nelson over at Stereogum accurately noted that the difference between a good stoner band and a bad stoner band is mostly in the details. Well, this time the fucking DEVIL is in the details.

Take a walk with me through the following hell.

The drummer forges the frame of a grey-black sludge painting in which front-mixed cymbals cut through roaring HM-2 pedals (remember Entombed?) which are coupled to grinding bass, creating a thicker and more lysergic buzzsaw sound than usual – after which unfamiliar harsh songwriting choices that border more on noise territory than on anything related to stoner and sludge finish you off. In the middle of all this, the trio of Sade, Sotos and Bataille are having an alcohol and bad acid fuelled verbal standoff in their own language. That’s right kids: this shit’s sung in French, good luck deciphering these occult codes.

FANGE IS HARD. FANGE DEFIES EVOLUTION AND HAD TO BE CHIPPED FROM FROZEN SNOW. FANGE DRINKS PANTHER PISS AND DOES NASTY SHIT TO THE GIRLS YOU’RE PROBABLY MARRIED TO. FANGE, LADIES AND GENTS, IS BONAFIDE GENUINE OBLIVION TURNED INTO NOISE.

There. Go over to their bandcamp and listen.