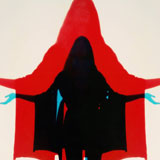 I cringe when I hear the phrase in reviews “female fronted”. Not that I am against women singers, or think they do not belong, it just seems like a cop out, its music, no one says “male fronted” when talking about bands, so what’s the big deal? Well there seems to be a whole crop of occult, retro, “female fronted” rock bands coming out these days. I am aware it is a selling point, but to sell me, the music has to be good, I don’t care who sings, who plays what, does it rock? That’s the only thing that should matter right? So what does this have to do with Cincinnati, Ohio’s Electric Citizen? Well they defiantly have a retro sound, their singer is a woman, and thankfully the occult part is nonexistent. Not that I am against some good old fashioned satanic based music, but it’s been done to death lately and I have not seen much originality coming out of it. So listening to ‘Sateen’ the band’s debut long player, is a breath of fresh air.

There are 9 tracks that make up ‘Sateen’, each one filled with enough nostalgia to make you check the calendar to make sure it’s not the early 70’s! While to vocals to me at times seem similar to Acid King, as you get deeper into the record it is hard not to see the Heart influence shining through with a little Sabbath thrown in for good measure. Leadoff track ‘Beggar’s Need’ is an uptempo, wah wah lead infused track that lets you know Electric Citizen are not here to fuck around, they are here to rock, no more, no less. Laura Dolan’s voice is hypnotic and other worldly, and as much as I hate to use the term, it casts a spell over the listener. Devoid of any of the occult shtick, so many cling to, Electric Citizen simply craft their songs that harken back to the good old days of rock and roll. Hell this whole album would fit in great on the Easy Rider soundtrack.

There is not a lot of variation throughout ‘Sateen’, each song seamlessly flowing into the other, which is not to say that there isn’t a lot going on, it just all follows the same pattern. This could be a deal breaker to some, but they have a formula, and they pull it off with great authenticity, and the record sounds like a record should. It flows as a whole, you do not get the odd track in the middle that throws you off of your groove, you get a great flowing record that will go great with drinking beer on these hot summer evenings, as the sun goes down, or if you simply want to go back in time but have heard all your other records so many times you just need another variation on a tried and true formula.

Electric Citizen have been winning awards in their native Cincinnati, and recently embarked on a US tour with fellow “born to laters” Fu Manchu. I really think live is where this band thrives. While the production on the record is very raw and retro, which I believe is what they were going for, I can’t help but imagine what a more “live” sounding record would do for this band. Overall ‘Sateen’ is a great debut album by a band I believe will really help expand this current “retro” wave into something less stagnant than it has become. The creativity is there, and the talent is there. I can’t help but believe this will be one of the bands to watch grow for years to come. 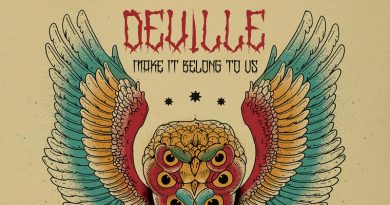