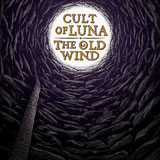 Råångest opens with Cult Of Luna’s cover of seminal 1980s proto-thrash metal band Amebix’s Last Will And Testament. Cult Of Luna’s guitarist and primary songwriter Johannes Persson remarks that “To cover a song without bringing your own soul into it is completely useless in my opinion so we’ve taken a few liberties with it, hopefully without destroying the essence of it”. It would be fair to say that Cult Of Luna have been successful in this respect; while the cover is certainly different to the original in terms of the base components that formulate the song, it retains, and even updates, the crushing atmosphere of oppression that Amebix capture so well on Monolith. The track brings into play many of the trademarks of Cult Of Luna’s sound, centring around a crushing wall of noise which encapsulates sophisticated chord voicings and harmonies, but it certainly captures the ‘soul’ of the original.

The modernisation of Last Will And Testament by such a progressive, experimental band also ensures that it retains the spirit of experimentation and musical innovation that Persson identifies in the original record as an album that was ‘before it’s time… on the musical fore front’. Long time Cult Of Luna fans will find Last Will And Testament a tantalising prospect, with an atmospheric synth fadeout at the end of the song giving way to a bleak, abrasive instrumental outro that hints at the things to come in the band’s future.

Cult Of Luna share this split EP with The Old Wind, a band comprised of members of The Ocean and Breach. The basis for their sound is rooted in the conventions of doom metal and post-rock, with slow, hypnotic, undulating polyrhythmic drum beats. However, innovative use of dissonance and sophisticated chord voicings belie a degree of influence from the world of black metal, no doubt in part due to the recording taking place in Scandinavia, at Stockholm’s Gröndahl studios. First track Wodden Scythe seems to flow smoothly into atmospheric closer Daughters Of Cleanse. Both feature experimentation with similar ideas that gradually build to a crescendo at the very close of the EP, becoming progressively colder and more vicious as The Old Wind unfold their sound.

Ultimately, just like the Cult Of Luna track that opens the split EP, these two tracks are genuinely great, and there’s lots to listen and relisten for, but they feel more like a tantalising sample of what the future might hold for The Old Wind, and the potential for the band’s upcoming 2016 release, rather than a complete work that could be considered a definitive stage in the band’s progress. 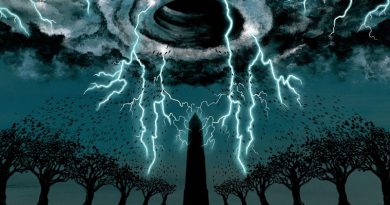