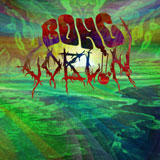 When you get hold of an album by a band called Bong Goblin, you pretty much know what you are in for. This six track release by the St Albans three piece doesn’t let you down, but also throws a few different ideas into the mix and make it all a little more interesting. The mixing together of several different influences give them a leg up over a few of the more straightforward bands in the scene at the moment.

Bong hits interrupt the start of the intro ‘Baptized In Bud’ before the funeral paced track kicks in with its slow methodical riffs, before ‘The Wizard’s Brew’ sees ‘Buddy Waters’ settle down for a couple of tracks at least. The band switch between a slow paced sludge and a more thrash / death tempo frequently, as well as throwing in occasional psychedelic moments.

Even though this is quite a short release, the band throw in an acoustic instrumental track to break things up a little. The sparse ‘The Goblin’s Cave’ adds a little break from the rest of the album. After this, we then return back to the heavier side of the band with ’25 Eyes’ which brings back memories of 90’s UK band Doomflight, with the strong groove driving the track along.

‘Buddy Waters’ features a lot of big riffs and offers a bit of experimentation which works well, and you have to admire the band for trying something different. The psychedelic elements really add something to this, as do the speeded up sections. The minimal production allows for a very raw atmosphere, and a live sounding recording, which is a good thing as it allows them to show off a few different ideas and sounds. A good foundation to build on some of the good ideas on display, and should be a band worth following in the future. 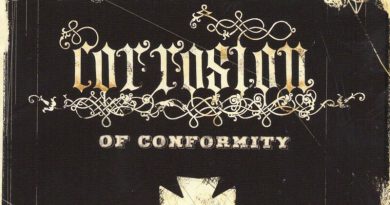