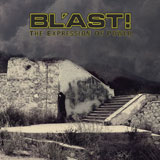 Way back in the mid 80’s, American hardcore was having something of a golden period. Black Flag and The Dead Kennedys were the daddies of the scene, Minor Threat had been and gone but left a lasting legacy and bands such as Corrosion Of Conformity were leading the new breed. Bl’ast! were one of those bands who, at the time, always seemed to be on the fringes of popularity but never seemed to get a strong foothold. You knew the name but outside of a small circle the band remained very much a cult act. It probably didn’t help that the band actually attempted to record this album 3 times losing traction all the while. Now, in the wake of a somewhat dubious and almost certainly short lived Black Flag reunion, the formation of the altogether more credible Flag featuring more members of Black Flag than the current Black Flag, and the explosion of the incredible Off! It comes as no surprise that Bl’ast! have poked their heads above the parapet once more. While there is a new line-up of Bl’ast! doing the rounds, this release collates all of the band’s attempts to record their debut album, “The Power Of Expression”.

Southern Lord, with the patronage and assistance of a guy called Dave Grohl, seem intent on thrusting Bl’ast! into the limelight they missed nearly 30 years ago with this release, and it has to be said they’ve done a pretty fine job between the triple vinyl and CD versions. This is certainly an impressive package and very much a labour of love.

So what of the music of this legendary band that so few people actually got to hear? Well, this is a very tasty, pissed off slab of typically 80’s American hardcore. The Black Flag influence is immediately apparent. In fact, Bl’ast! almost sound like an homage to the punk legends. Mike Neider’s guitar operates within that same, fuzzed out, biting range that Gregg Ginn made his signature and Clifford’s vocals have more than a touch of Dez Cadena to them as opposed to Henry Rollins. Musically this displays the ragged, stop-start, twisting metallic punk that was typical of the era with shifting tempos and off beat dynamics. As with many of the hardcore bands of the time, speed wasn’t the single motivating factor as the band experiment with slower, heavier tempos and breakdowns as well as some downright odd twists in amidst their frantic thrashing.

The net result of this reissue, although drawing extremely heavily on Black Flag, is still a powerful and thrilling album in its own right. It’s been nearly 30 years since these tracks were first recorded and the potency of the anger behind them hasn’t dissipated one iota in that time, igniting a flame in the middle aged me that takes me right back to my teenage self and the realisation that this kind of music isn’t something you should ever grow out of…in fact if you do grow out of it you were never properly in it in the first place!

My one suggestion when listening to ‘The Expression Of Power‘, however, is to split up the various sessions and listen to them at different sittings as listening to 3 versions of the same songs back to back can be a little draining, particularly as the main difference appears to be the recording quality…which improves greatly towards the later versions. In fact the earlier versions have more historical interest than audio interest as the later version pretty much nails it!